Uche Maduagwu is a Nigerian actor, sociologist, and brand influencer who works in Nollywood.

The talented Nollywood actor was born to Igbo tribe parents in the southeastern part of Nigeria.

He is known for speaking out on contentious issues, which has earned him the admiration of some while alienating others. 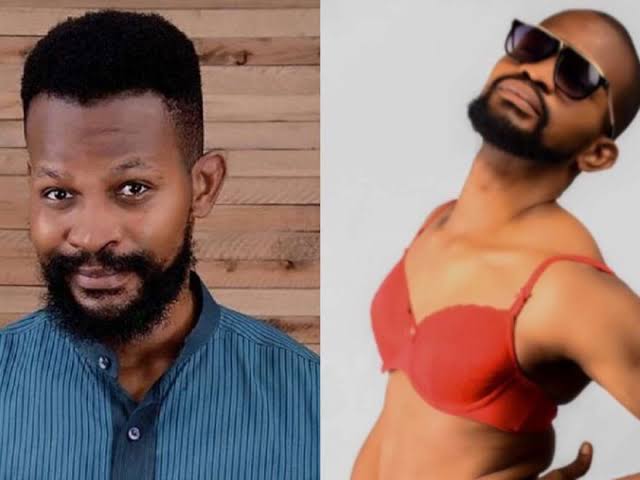 He is an Igbo man who was raised in the Igbo culture, precepts, and traditions.

He is fluent in both English and Igbo. His parents raised him in the Christian faith.

From childhood to adolescence, he lived in the state of Anambra. When he was in his early twenties, he moved to Lagos to further his education.

Uche is only a few inches shy of six feet tall.

in Anambra State, he completed his primary and secondary school education.

He graduated from Lagos State University, Ojo Campus, with a sociology degree.

Uche has gained a reputation for trolling celebrities, clergymen, and politicians on Instagram over the years. He isn’t afraid to express his thoughts on the lifestyles and activities of public figures.

Davido, an Afrobeats singer and songwriter, is one of his regular victims. He has stated several times that Davido is not Nigeria’s best musician and should not refer to himself as such. He also accused the DMW boss of refusing to marry his fiancée, Chioma Avril Rowland, even though she had given birth to his son.

Burna Boy and Wizkid, he claims, are better artists than Davido.

He recently trolled actress Moyo Lawal for posting nude photos on the internet and creating an Only Fans page.

Another recent event in the Influencer’s life is that he revealed that he was once a victim of molestation to the public. The alleged sexual abuse took place in 2012 on the set of a film, and it was perpetrated by a fellow actor. This was Uche’s first time on the set of a film.

Erica Nlewedim, the star of Big Brother Naija, is a big fan of his, and he never fails to praise her.

He is steadily rising in the Nollywood industry, having appeared in a couple of films in which he gave strong performances.

As a brand influencer, Uche collaborates with several companies to advertise and promote their products and services.
The Internet and Social Media

On the platform, he has over 87.9k followers.

Despite his celebrity status, He keeps his personal life, particularly his family, hidden from the public eye.

It’s unclear whether or not the handsome actor is married. He hasn’t announced his birthday or shared photos of his family (parents and siblings online).

However, this is expected to change in the future because Uche is most likely waiting for the right moment to finally let the cat out of the bag.

Uche Maduagwu, a well-known influencer, is estimated to have a net worth of $200,000.

He is a Nollywood Actor and has featured in Various Movies.

Photos of IPOB leader Nnamdi Kanu in Court for trial