In advance of the 2023 elections, prominent Nollywood actor Zubby Michael has expressed support for Peter Obi, the Labour Party’s nominee for president.

In an Instagram post on Thursday, the 37-year-old expressed his support for the former governor of Anambra State.

Obi’s image was shared by Zubby, who referred to him as “the man for the job.” 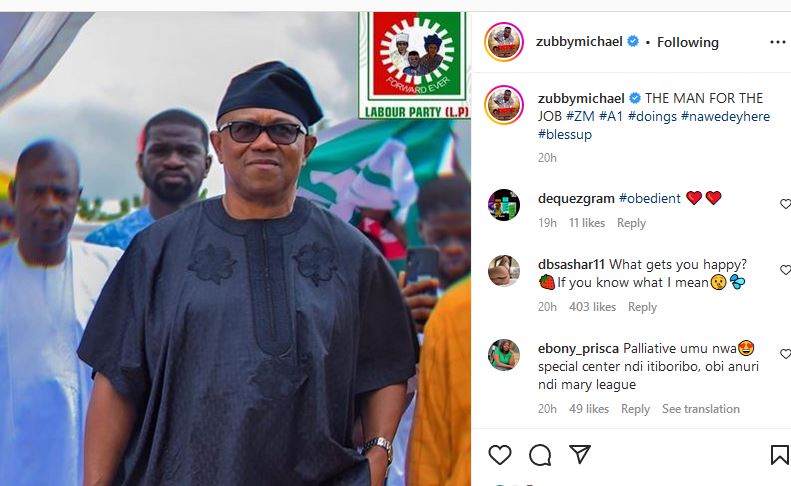 This occurred shortly after fellow actor Frederick Leonard endorsed Peter Obi as his choice for the 2023 presidential election on Instagram.