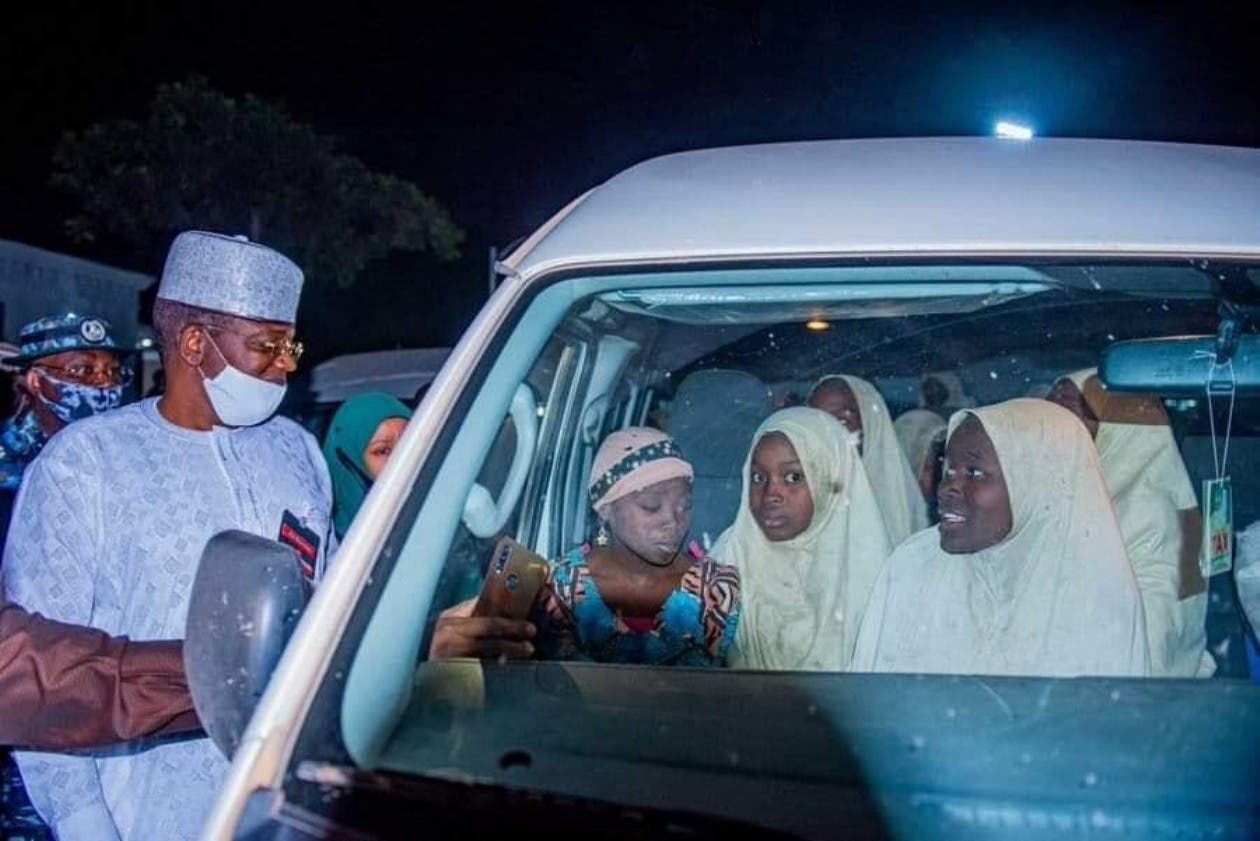 He revealed this in an interview with BBC Hausa.

“This follows the scaling of several hurdles laid against our efforts. I enjoin all well-meaning Nigerians to rejoice with us as our daughters are now safe.”

The governor later told the BBC Hausa that no ransom was paid, but apoealed to the Federal Government to increase the number of security agents in the country.

According to the governor, the 279 students were in good health and no one was hurt. He said he and his wife were at the Government House Gusau, receiving the freed schoolgirls who were been conveyed to the state capital in buses.

Governor Bello, however, commended the government officials that took part in the negotiations that led to the release of the female students.