The coast is clear , the Zamfara Governor, Bello Matawalle, To Officially Defect from PDP to APC .

ALSO READ : Tears & Sorrow As Man beats his wife to death for refusing to give him N2000 loan in Edo (photo)

According to an invitation letter sent to APC chieftains, Matawalle and his throngs of supporters will be formally welcomed into the party at the Zamfara State Government House in Gusau, the state capital, by 2 p.m. on Tuesday.

ALSO READ : Shocking : Tree Felled By Wind Stands On Its Roots Again After 4 Days In Anambra

See a copy of the letter below 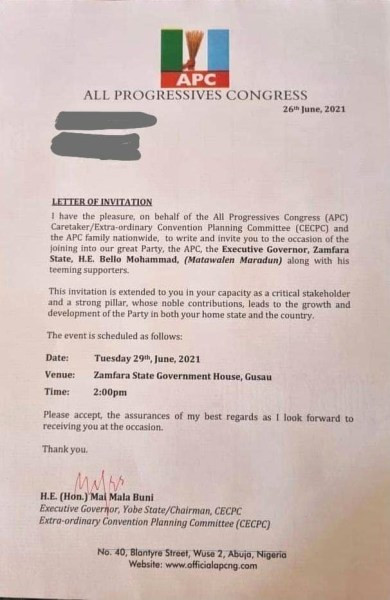