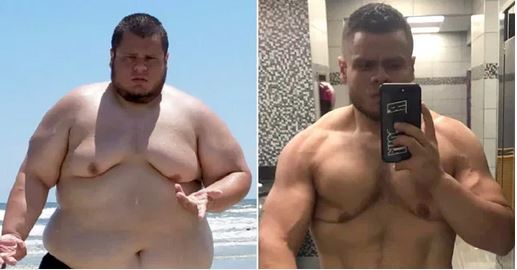 Alejandro Porro has dropped an incredible 20 stone thanks to changing his diet and exercise routine (Picture: Caters News)

Metro UK tells the story of Alejandro Porro, an Obese man who shed off a lot of weight.

‘To put it bluntly, I was killing myself,’ says Alejandro Porro of his previous lifestyle.

The delivery driver, 28, weighed in at 34 stone, and was constantly binge-eating takeaways and sweet treats.

He knew he needed to make a change. One day, after realising just how heavy he had become, Alejandro vowed to never eat junk food again.

He stuck to his word and began exercising the very next day in March, 2017. Now, he’s dropped an incredible 20 stone without any surgical intervention, and has gone from an XXXXXL to a large, weighing a healthy 14st 2lbs.

‘I’ve always been the bigger kid but it got out of hand when I got into my early twenties,’ said Alejandro, from Florida. ‘I was extremely unhealthy and would spend most of my time playing games whilst munching on pizza and snacks.

‘I wasn’t living, I was just existing.

‘I knew I was heavy but I didn’t know how heavy as my scales only went up to 21 stone.’ 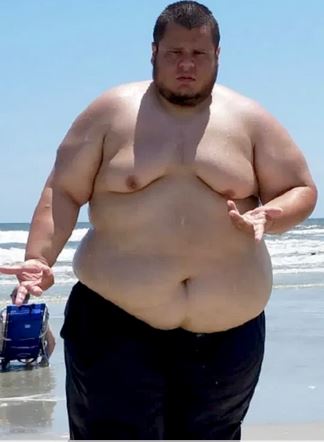 Alejandro before his weight loss, when he was constantly bingeing takeaways and sweet treats (Picture: Caters News Agency)

Alejandro was shocked and ‘disappointed’ when he weighed himself on freight scales at work. The following day, he replaced the crisps, biscuits and doughnuts with fruit and vegetables.

He said: ‘I remember feeling upset with myself and questioning how did I get to that size.

‘I cleared out my fridge of all the junk and reached out to other people who lost weight online for some tips.

‘I was easily consuming at least 5,000 calories per day so it was really difficult.

‘But I was determined to change my ways.’ 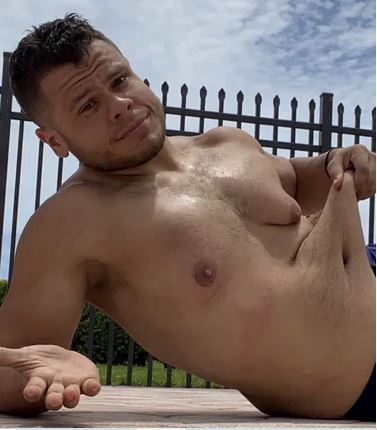 Alejandro says his excess skin is like a trophy as it shows how hard he has worked (Picture: Caters News Agency)

As well as changing his diet, Alejandro introduced some simple movement to his daily routine. He started to walk more and chose to take the stairs rather than getting an elevator.

Once he was ready, he joined the gym, and managed to lose 18 stone in 15 months. Along with losing weight, Alejandro gained a whole lot of self-confidence.

This prompted him to enter a transformation show, and he ended up landed first place.

Alejandro said: ‘I never thought I’d be where I am today! ‘I lost all of the weight naturally by training daily and measuring my food.

‘I’m very proud and comfortable in my own skin.

‘I’ve got a lot of extra skin on my gut but I embrace it and consider it as a trophy.

‘I’m still working on my body as I could always get stronger and faster.’ 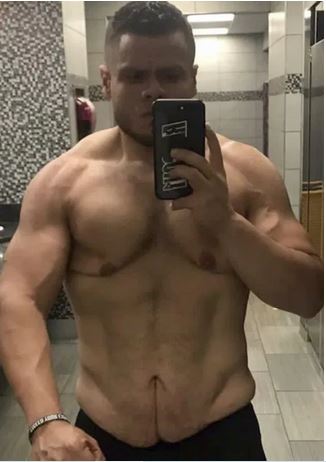 He hopes his story will inspire others to chase down their goals (Picture: Caters News Agency)

Alejandro is sharing his story to inspire others to make a change.

‘I am lucky because I have never let my body affect my mental health and I didn’t have any major health scares,’ he said. ‘I am so happy in my skin and proud of myself.

‘I want to show others that anything is possible once you put your mind to it.’

When is Eid Fitr 2022?: Sultan declares Monday as Sallah in Nigeria