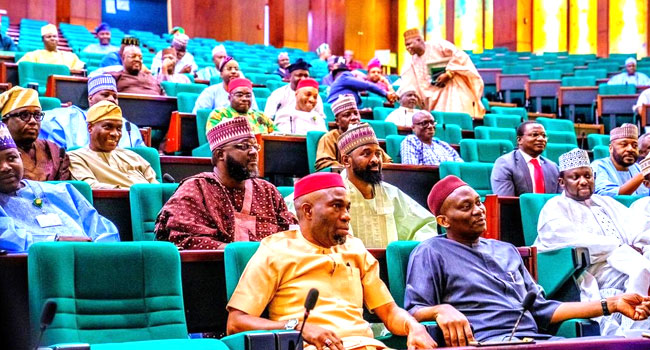 The House of Representatives has clarified the controversy on the planned suspension of plenary over coronavirus.

In a statement on Tuesday, the spokesman for the House, Benjamin Kalu, said the lawmakers have yet to proceed with the decision to suspend plenary.

He explained that the lawmakers, during plenary, considered a motion on the urgent need for emergency response and need to contain the deadly virus in the country.

According to Kalu, the motion was thoroughly debated and passed while some of the prayers included the need for the leadership of the National Assembly to set up an ad-hoc committee to liaise with the relevant health agencies to ensure efforts to combat the virus were intensified.

He said the House also called for a better orientation of the disease by the Federal Ministry of Information and Culture, through relevant media outfits to keep Nigerians abreast of the situation.

“An amendment to the prayers of the motion calling on the House to suspend plenary for two weeks to work and contribute its legislative efforts by helping to sensitise constituents on the coronavirus and how it is being handled was also adopted,” the lawmaker revealed.

“It is, however, necessary to clarify that the two weeks suspension of plenary has not commenced and is subject to reconsideration by the House.”

Kalu said the leadership of the House would meet and consider the arrangement necessary before a date would be fixed for the sensitisation of constituents by their respective lawmakers.

He noted that the business of law making would continue on Wednesday.

Priest Who Shook Hands With More Than 500 Worshippers And Distributed Communion Tests Positive For...