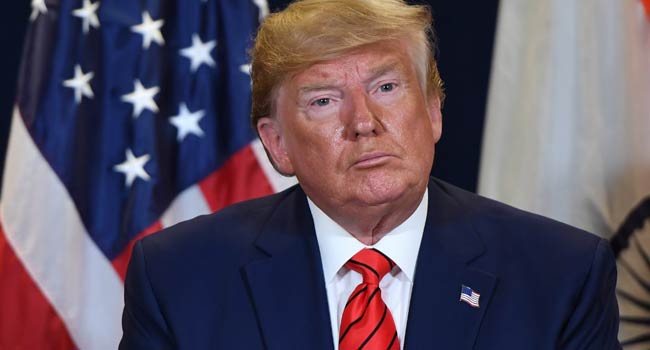 The US House of Representatives will vote Thursday on a resolution that formalizes the path forward in the impeachment inquiry into President Donald Trump, including upcoming public hearings, a senior Democratic aide said.

The process will “lay out the next steps for the inquiry,” the aide told AFP Monday after House Speaker Nancy Pelosi informed fellow Democrats about the plan, which appears aimed at pushing back against Trump and Republicans who have argued an impeachment proceeding lacks authorization without a full floor vote.

“This resolution establishes the procedure for hearings that are open to the American people… outlines procedures to transfer evidence to the Judiciary Committee as it considers potential articles of impeachment, and sets forth due process rights for the President and his Counsel,” Pelosi wrote in her letter to lawmakers.

﻿Uvwie Standstill as Omo-Agege Flag off His Campaign Team.

Sowore Narrates: I was beat up, denied food for two days in DSS detention