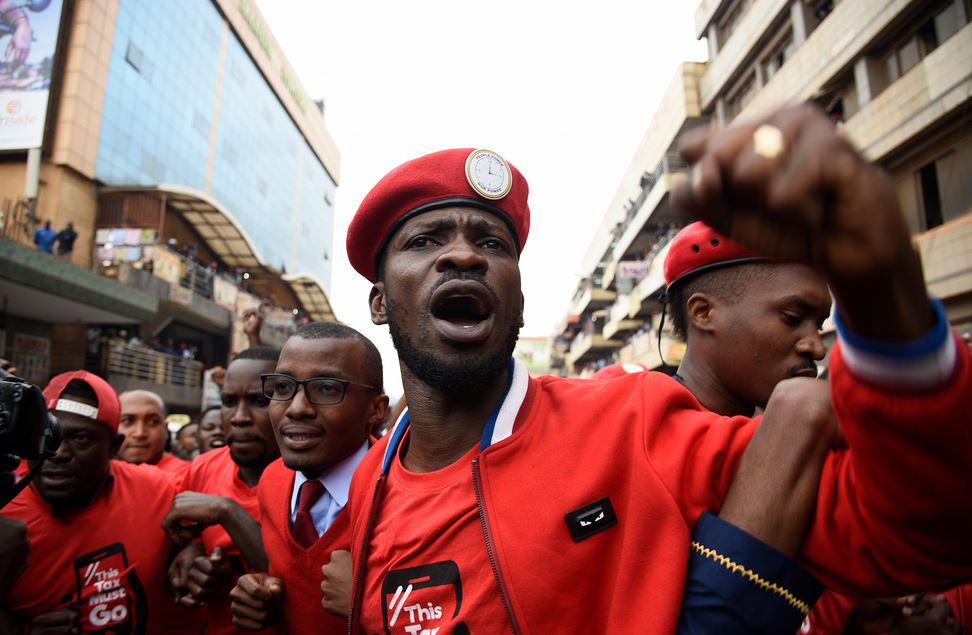 Wine is taking on President Yoweri Museveni who is seeking his sixth term in office.

The electoral commission said earlier on Friday that Museveni, who is seeking a sixth term, led in Thursday’s vote with results in from 29 percent of polling stations.

Earlier, election commission chief Simon Byabakama said the vote had been peaceful, hailing it as a success.

The results were being transmitted to a tallying centre despite the internet not working, he said.

“We’re not using local internet to transmit results. We are using our own system. Don’t worry, the results will come in spite of the fact that internet has been shut down,” he told journalists.

“We secured a comfortable victory,” Bobi Wine told reporters in Kampala, the capital. “I am very confident that we defeated the dictator by far,”

“The people of Uganda voted massively for change of leadership from a dictatorship to a democratic government. But Mr. Museveni is trying to paint a picture that he is in the lead. What a joke!” he added.

Bobi Wine has told reporters that he believes the internet and social media shutdown is being used to block communication and as a way of compromising the vote.

The opposition presidential candidate has already alleged there was rigging and his agents and representatives have continued to be arrested.

But the chairman of the electoral commission, Simon Byabakama, has said that the onus is on Bobi Wine to provide evidence that there was rigging.

He said all candidates had agents who witnessed vote counting at district tally centres.

Only two polling stations in the country reported major irregularities and voting was cancelled there. At one of the polling stations, someone run away with a ballot box.