A train carrying hundreds of football fans over the weekend caught fire at the Bellevue train station in Berlin, Germany.

The incident was said to have taken place on Saturday night (Oct.19).

According to Mirror UK, the incident happened while special train service was taking supporters of SC Freiburg from the far south-west of the country back home after the Bundesliga game with the capital’s FC Union Berlin.

The home team won the match 2-0 at Stadion An der Alten Försterei. 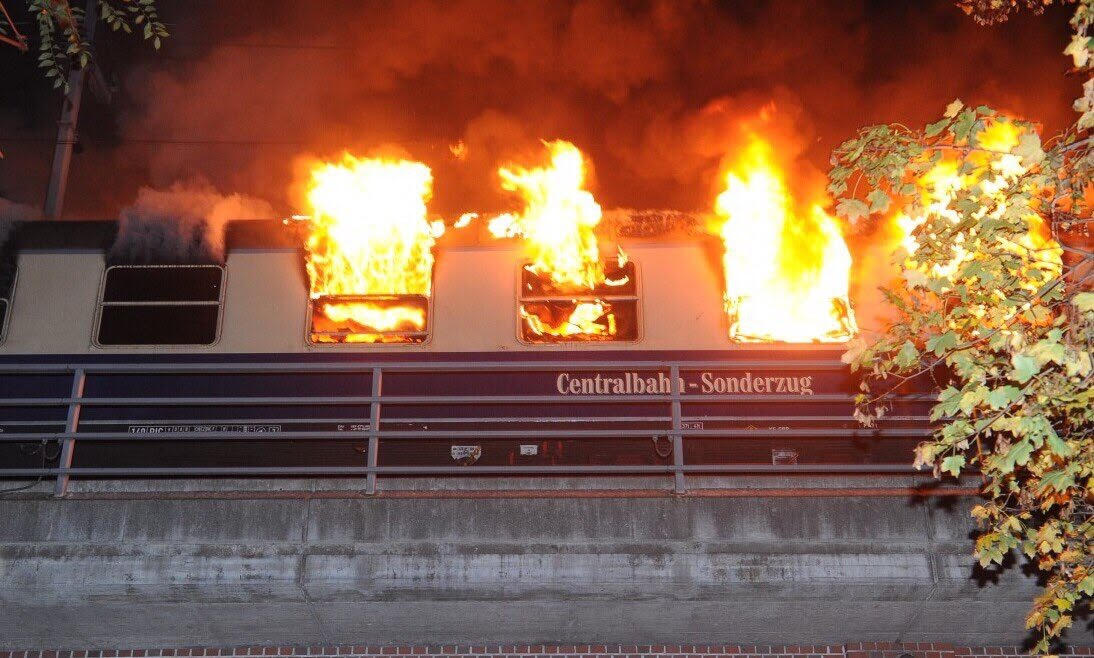 Confirming the incident, spokesman for the fire service told Mirror UK that one carriage burned “to full extent”.

“Shortly after the start of the return journey, a fire developed in one of the wagons

“All passengers have left the train,” wrote a spokesman for SC Freiburg.

Covid 19: Tension as 158 aboard plane with Italian ‘can’t be traced’