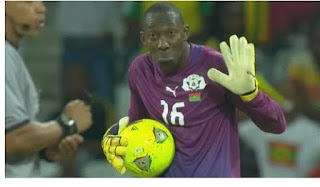 Burkina Faso goalie has reportedly died after a short illness on Friday afternoon.

According to reports, the former Asante Kotoko SC and Hearts of Oak goalkeeper who also played for ASFA Yennega of Burkina Faso passed away in Bobo Dioulasso at the age of 37 after a long illness.

The former first-choice goalie for the senior national team of Burkina Faso, The Stallions, had been hospitalized at the beginning of the year at the Banfora Regional Hospital.

Following his return from Ghana where he spent a large part of his career, Abdoulaye Soulama was out of football and stayed in his hometown in Banfora before losing his life in Bobo-Dioulasso where he was receiving medical care.

He will be buried in his hometown, Banfora today per Islamic conventions.