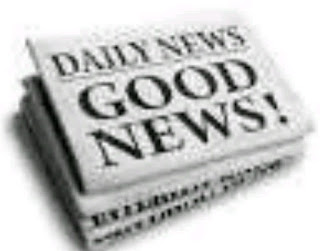 1. The National Emergency Management Agency (NEMA) has received another batch of 257 Nigerian Voluntary Returnees from Libya.
They were stranded in their failed attempt to cross over to Europe.

2. The Minister of Finance, Kemi Adeosun, has revealed that the federal government would apply $3 billion in refinancing the legacy debts of the immediate past government of Goodluck Jonathan.
According to Adeosun, the outlay is part of the $5.5 billion foreign loan being sourced from the International Financial Markets.

3. The Nigerian Air Force (NAF) has claimed the wife of the leader of Boko Haram terrorist group, Abubakar Shekau, may have been killed during air strikes on Duruwa village in Borno.
The Air Force, air Commodore, Olatokunbo Adesanya, said Shekau's wife, Mallama Fitdasi was said to be representing her husband at a meeting with other terrorists members at the location, when the fighter jets struck.

5. Some Nigerian senators have donated no fewer than 1,200 bags of rice to civil servants in Kogi State to alleviate their sufferings. .
The senator representing Kogi West in the National Assembly, Dino Melaye, said the donations were made in response to his clarion call on his colleagues to assist in cushioning the effect of hardship on the civil servants who were yet-to-be paid their salaries for over 22 months.

6. Justice Bashir Sukola, of the Kaduna state's High Court is dead.
Justice Sukola died few months after ordering the remand of a reporter with Vanguard newspaper, Mr. Luka Binniyat, to Kaduna Maximum prison over allegation of false publication against Governor Nasir el-Rufai and his government.

7. An Abuja Federal High Court on Wednesday ordered its bailiff to serve former President Goodluck Jonathan with summons within five days.
Justice Abang Okon held that the order will enable the summoned witness to appear in court to testify in the trial of former National Publicity Secretary of the People Democratic Party, PDP, Olisah Metuh.

8. The presidency has disclosed that top officials of the past administration of Goodluck Jonathan benefitted from the funds Abdurasheed Maina allegedly stole from pension funds.
The presidency made the claim through a Senior Special Adviser, to the President, Garba Shehu in Abuja on Wednesday.

9. The family of Abdulrasheed Maina, former Pensions' boss, on Wednesday alleged that their son was reinstated by the Federal Government because he is a messiah that reformed the Pension scheme.
Spokesperson of the family, Aliyu Maina accused a "cabal" of being behind the ordeal of the erstwhile pension boss.

10. The immediate past President Goodluck Jonathan has replied the current administration for linking him to the controversial return to the country and reinstatement into a senior position in public service of Abdulrasheed Maina.

According to Jonathan, the fact that efforts are being made to connect him to the scandal underscored how "uncoordinated and rudderless" the Buhari-led administration has become.

11. 21 years Nigerian was found dead in London. Report had it that He was stabbed to death.

12) You lack moral authority to attack Buhari . Nigerians lash at PDP saying they lack the moral will to talk about corruptiin, when they fail to jail maina

MAINA GATE: I AM INNOCENT MAINA CRIES OUT