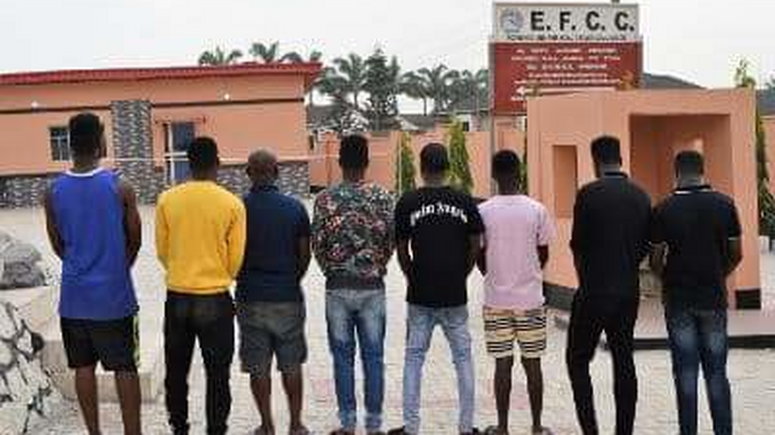 * To protect the identities of the persons who spoke to me in confidence, I shall only refer to them using the names of the biblical disciples of Jesus Christ.

The scourge of internet scam seems to have taken over the minds of so many Nigerian youths today, so much that they have come to see the criminal act as the only other way to make it big. From Lagos to Enugu, Ibadan to Abuja, Calabar to Benin, the officials of the Economic and Financial Crimes Commission and men of the Nigerian Police Force have continued to make arrests almost on a daily basis, but the number of young people still plying the fraudulent trade keeps increasing.

It is to this end that I undertook a sojourn to find out what motivates these so-called ‘yahoo boys’ to go into crime. I was hoping to understand the thoughts that go through their minds when they ‘steal’ from innocent people. I also needed to know if they ever get to feel some form of guilt afterwards. There were just so many questions I needed to answers to.

In August of 2019, following a 13-month long investigation, the FBI had arrested a Nigerian named Obinwanne Okeke in an $11 million BEC fraud case. Weeks later, 77 Nigerian nationals were charged with participating in a massive conspiracy to steal millions of dollars through a variety of fraud schemes and launder the funds through a Los Angeles-based money laundering network. These recent incidents had sparked my curiosity to understand why young agile youths will knowingly choose a criminal path.

My neighborhood, Isolo-Okota in Lagos is believed to be widely dominated by these yahoo boys. It is said the area is one of the first places in Lagos where internet fraud was being perpetrated. Many of the boys have elevated from the little dating scams of which they make a few tens and hundreds of thousands to ‘business email compromise’ where they make millions from.

Getting in contact with these guys was no difficult task since they all live among us, but the difficult part was getting them to admit what they are and to open up about why and how they do what they do.

As I approached the residence of my respondents, I could observe that the residence is a duplex, maybe with about four to five rooms. Knocked on the gate and the gateman asked who I was looking for and I said, “My name is Victor and I’m here to see Matthew.” He took about two minutes to go confirm my invitation and returned, ushering me to the main entrance of the house.

The door was opened by a tall skinny guy spotting short tinted dreadlocks and rocking sagging skinny jeans and a white singlet. My main acquaintance could see me from the door and he quickly approached me, welcoming me inside. “Guys, this the journalist guy I told you about,” Matthew said to the seven guys who were all sitting in the sitting and dining rooms, and all staring at their laptops.

After all the introduction and exchange of pleasantries, I quickly jumped into my first question, “Why Yahoo?”

“Because of money nah,” John who was seated close to the TV set answered with a smile on his face.

Still trying to understand John’s point of view, Thomas who was just returning from the kitchen with a plate of rice added, “My brother if hunger knack you inside this economy wey job no dey and you get family responsibility, nobody go to tell you to find a way”

“Even if you finally find a job, as a graduate, you are most likely started with N80K. My brother that amount cannot solve the family problems I have. I don’t have a father, my mom was selling a petty trade and I have four younger siblings who need to stay in school. How does N80k take care of that,” Peter who seemed like the eldest person in the room asked.

One thing was clear, money was the key motivation here. These guys want to live above their means. They not only want to be able to meet their individual needs but also want to live the lavish lifestyle.

What do their families think of their criminal act? Do they even know or care that they are into fraud? Some of them have found a way to lie about what they exactly do. And for those that have been open with their parents, they (the parents) have reluctantly come to accept the reality.

“My parents are church people. There’s no way they will understand what I do, so I tell them I buy and sell stuff,” Matthew said.

“My father asked me why I’m always carrying a laptop. I had to lie to him that I’m into foreign exchange and that that was how I made money,” said a light-skinned bare-chested James. “I don’t know if he believes me though, but we have never had to discuss the matter again”

In the past, internet scams associated with “Yahoo Boys” were dominated by romance scams through dating sites as well as phony email business propositions from infamous “Nigerian princes,” but their current tactics appears to have changed. At this point, I had become more curious wanting to know how the scams work. So I asked, “How do you guys go about it?”

Thomas who seemed to think my question was funny said, “there are different jobs (scam formats). Some do dating, some indulge in stealing credit cards, some people do ‘classified’ and some engage in business email compromise.”

“It all depends on the one you are interested in and the type of money you are hoping to make,” James explained. “The big money though is in business email compromise where we hack email accounts to convince businesses to make payments to fake bank accounts that the companies would have believed belong to their clients.”

“Dating is not bad too. Sometimes it’s legit and sometimes it’s not,” Andrew who was smoking a cigarette at the balcony said as he tries to highlight the advantages of online romance scam. “I’ve been dating this American lady for 5 years now. She has been to Nigeria once and I’ve also travelled to see her in Georgia too. Now I’m making plans to permanently relocate”

By this time, I found myself more relaxed because, to be sincere, I wasn’t expecting this much honesty and openness. On my way there, I doubted anyone but Matthew who is an acquaintance would give me audience, but as it turned out, for some reason, they were at ease me asking these questions.

We Got N1m from her Landlady To Kill Her For Rituals, Says Suspects Involved In Murder Of UNIBEN Student

How My Ex Jilted Me Over My Hearing Problem, Invited Me To His Wedding – Graduate Blogger Tells Her Story