The owner of a two-story building under construction at 77, Tapa Road, Oke-Ojo, Isawo in Ikorodu, Lagos State, was killed when it fell on Tuesday. 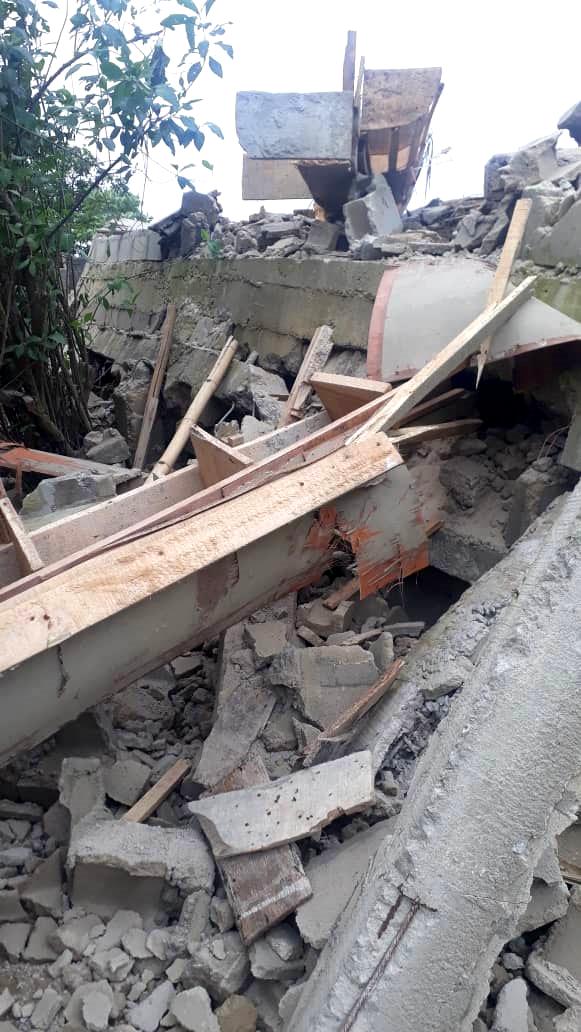 The incident occurred about 2.30 p.m., during Eid-el-Kabir celebrations.

The deceased was identified as Pastor Daniel Obasi, and it was discovered that the collapsed structure was an attachment to the main building behind it.

Emergency responders then found Obasi’s body from the rubbles and handed it over to Isawo Division Police.

According to a neighbour who asked to remain anonymous, construction activity was halted on Tuesday due to the Eid-el-Kabir holiday.

Workers were at work until late Monday evening, according to her.

The body has been put in the morgue of the General Hospital in Ikorodu by the police in Isawo Division.

Ibrahim Farinloye, the Lagos State Acting Coordinator of the National Emergency Management Agency, NEMA, confirmed the incident and blamed it on the construction project’s inadequate timeframe.

According to neighbours, the cause of the collapse was considered to be an insufficient timetable to allow sand-filled land to settle properly before construction began and inferior building materials.

According to Farinloye, appropriate agencies will conduct additional investigations.

If You Do Not Claim Your Car Within 14 Days, See What Lagos State Government...