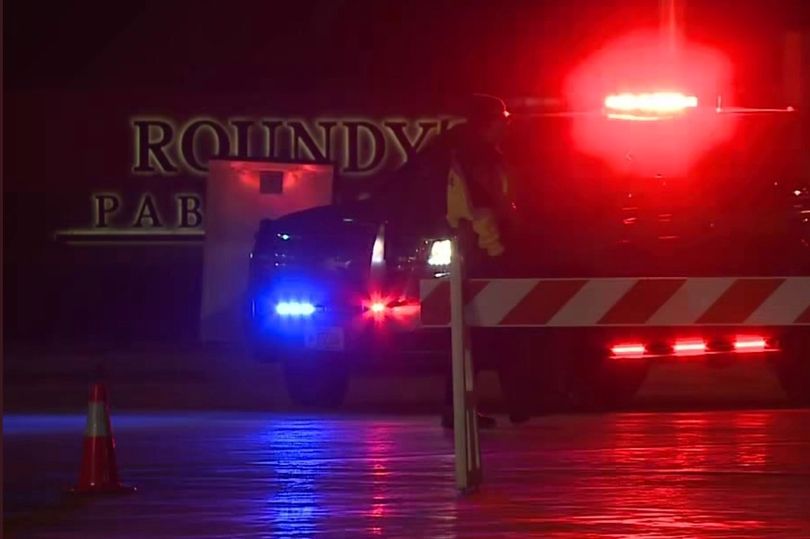 The story has been told of a warehouse worker who reportedly went on a rampage and shot dead two colleagues before killing himself.

The 41-year-old gunman killed them inside a Roundy’s supermarket distribution centre in Wisconsin, US on Tuesday night.

He is said to have then jumped in his car and ended up in a police chase before crashing.

According to local media, he then turned the gun on himself and took his own life.

Police officers were called at 10.30pm to the scene where the bloodshed unfolded in the city of Oconomowoc, about 30 miles west of Milwaukee.

They found the two victims, who were both not breathing and showed no sign of a pulse.

Emergency services battled to save them but they were pronounced dead at the scene.

The two victims were killed in different areas of the huge warehouse, with one shot in the loading dock and the other in an upper area.

Meanwhile, officers found the suspect in his vehicle and chased him.

Police said he crashed and was pronounced dead from a “self-inflicted gunshot wound”, according to KWOW.

The warehouse, which employs nearly 1,000 people, was temporarily locked down as officers dealt with the “active tactical situation”

Advertisements
Popular Right Now
48 Powerful Prayer Points for Breakthrough With Scriptures
By his stripes we are healed: Yes, by his stripes, you are healed
3 Most Dangerous Psalms No Enemy Can Withstand

Police urged drivers to avoid the area and said investigations were ongoing.

Officers from several surrounding agencies were on scene, the local police force said.

Authorities have not yet released the name of the gunman or victims.

They insisted there was no active threat to residents.

According to a reporter from WISN 12 News, the suspect’s body was removed by the chief medical officer on Wednesday.

Police and the fire department remain on the scene as they clean up the area.

The Waukesha County Sheriff’s Department and the Wisconsin Department of Criminal Investigation will investigate the shootings.