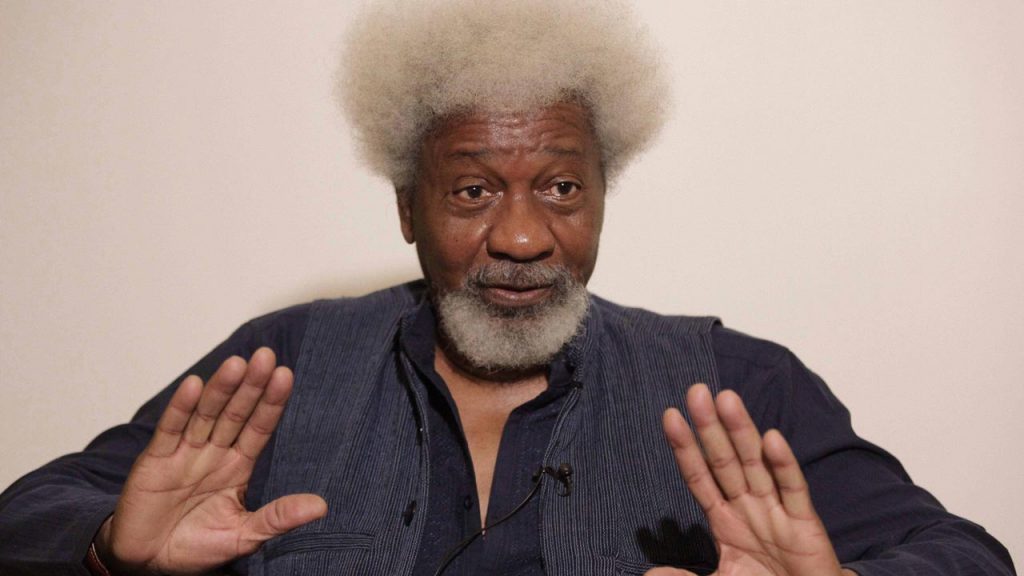 Soyinka stated this, while speaking in Badagry on Saturday, at the unveiling of an art gallery in commemoration of his 85th birthday.

The police, Nigerian Army and the Department of State Services (DSS) on Monday, sealed off the Lagos venue for a symposium where Soyinka, rights lawyer, Femi Falana, SAN, and others were to speak on the security issues in the country.

The programme tagged ‘Democracy, state repression and the state of insecurity in Nigeria’, was organised by Coalition for Revolution (CORE).

But, speaking on Saturday, Soyinka said, “It is important to send strong message to this government and to the security services to stop trying to muzzle people when they come together to exchange ideas.

Soyinka also cautioned Nigerians not to believe everything they read on social media.

He added, “Be very, very careful what you believe even when you read such materials in social media or sometimes in newspapers because in this country, we have a most fertile multiplier effect.

“When somebody hears something, he puts it on the Internet, it spreads and an industry begins as people start commenting on things which never existed.

“Sometimes on social media, you’ll even see trending quotes supposedly from me, with my name, my photograph, with statements which represents what those people want to say but lacked the courage to say it.