News at our Desk affirmed that at least six persons have died while  many others  injured after a mining pit which  collapsed on   Tuesday, December 17, at Zawan Community in Jos South Local Government Area of Plateau. 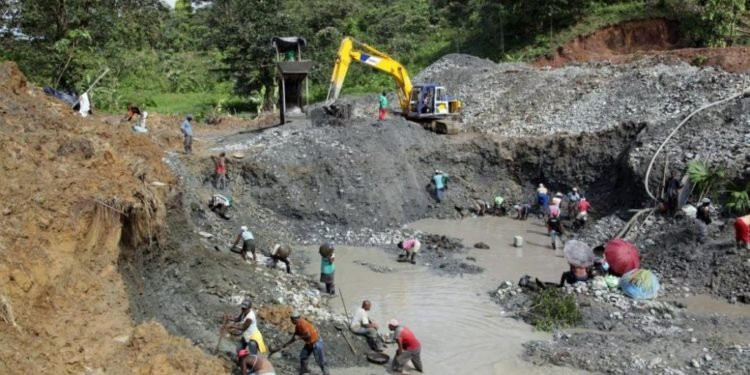 50 persons were reportedly inside the mining pit when it collapsed on them.

READ ALSO : #ImpeachmentDay: Here’s how Americans are reacting to the Impeachment proceeding against President Trump

He said the victims (aged from 20 to 27) were carrying out an illegal activity when the mining pit collapse.

“We know that these young persons died carrying out an illegal activity but it is obvious unemployment led them into doing it.

“People go out of their way to do things considered illegal just to fend for themselves and their families.

“This is not time to apportion blames but it is sad and unfortunate that a community will lose six youths in a day,’’ he said.

ALSO READ : ‘I was never summoned by the Federal High Court over Sowore’s continued detention’ – Minister of Justice, Abubakar Malami

Fom also issued a warning to illegal miners to desist from the act, or if they must engage in it they must be licensed to do it

“If people must engage in mining activities, they should do it the right way. They must ensure they are licensed to do it,’’ he advised