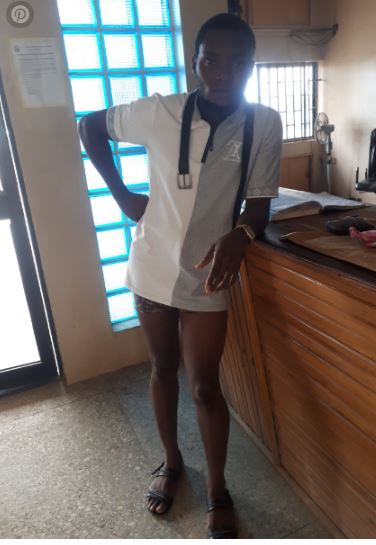 A University of Osun (UNIOSUN) student has taken to micro blogging platform, Twitter to reveal what the vice-chancellor allegedly did to him.

According to @tatuu_media, the VC gave clearance for him to be stripped unclad fo having something inscribed on his jean. He further alleged that he was forced to walk semi-nude round the campus.

” Today, I was striped naked for wearing an inscribed Jean to UNIOSUN Osogbo campus for clearance By the VC himself “

” I was left to walk around the school premises to get another cloth for myself and it was not only me… There were other students involved too ” He added.