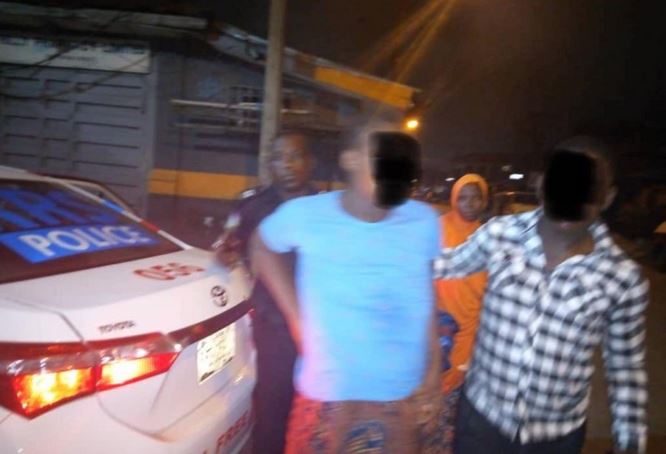 The Lagos State Police Command has narrated how some Rapid Response Squad (RRS) operatives helped a man whose wife was in labour.

The RSS operatives came across the man in distress around 3am in Ikoyi on Friday April 17, after which he disclosed how he had no means of getting his wife who was in labour to the hospital.

The security operatives helped convey the man and his wife to a hospital in Obalende where they welcomed a baby girl.

The tweets read; About 3:00 a.m on Friday our officers in Ikoyi came across a man in distress. We accosted him and he told us his wife was in labour at home but he had no means of getting her to the hospital. He got into our vehicle and was rushed down to his home.

Both man and wife were immediately taken to the hospital in Obalende. The officers went back to the couples residence an hour ago and found both mother and child doing well. It’s a girl. 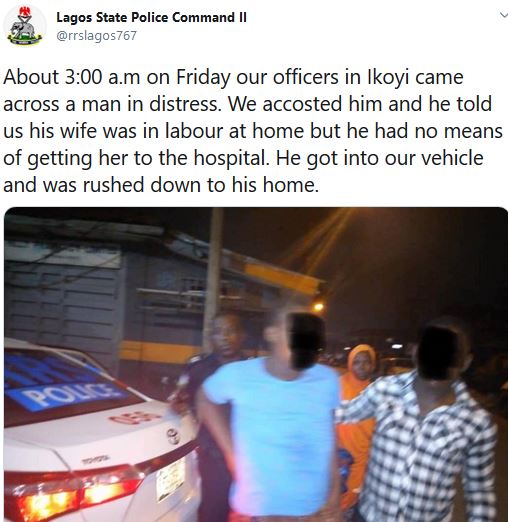 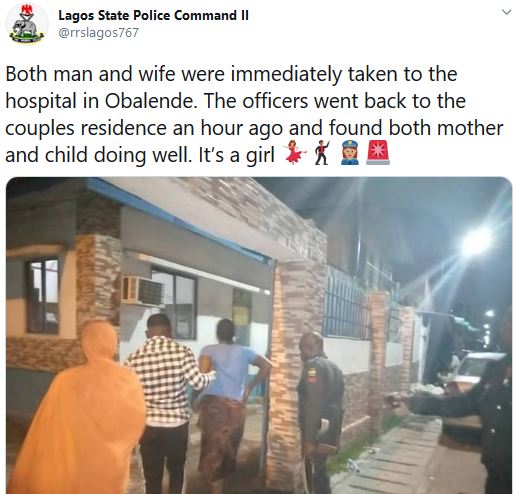