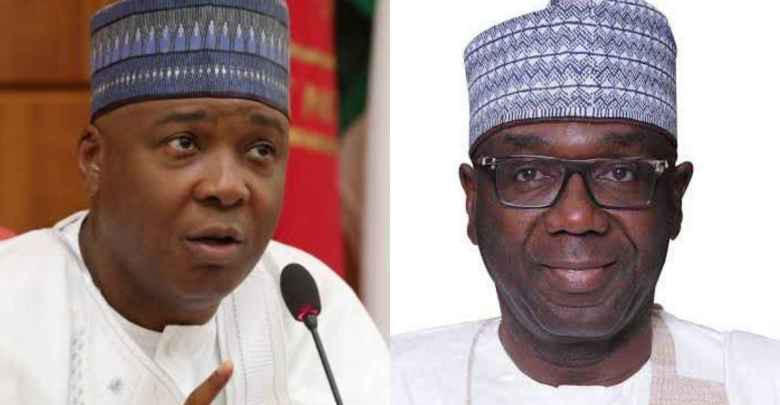 Though Rafiu Ajakaiye, chief press secretary to the governor claimed that the land which was originally meant for government secretariat and parking space of a clinic was unlawfully allocated to one of Saraki’s late father’s private firms without any record of payment to the state government, Bukola Saraki insisted that the land was duly allocated and a Right of Occupancy title was issued on it.

According to the former Governor of Kwara State, the revocation order issued by Governor Abdulrazaq is the height of his vengeance against his father late Dr. Abubakar Olusola Saraki and him.

A statement personally signed by Bukola Saraki reads in part;

“It should be noted that the excuse given by Abdulrazaq in his revocation order holds no water since it is clear that this is the height of his vengeance against my father, Dr. Abubakar Olusola Saraki and I.

“This action is clearly a manifestation of vengeance … in his narrow-mindedness, he believes his victory at the polls is an empowerment, entitlement and enablement to settle scores, provoke and pursue inter-family rivalry. They expected development and fulfillment of promises.

“Seven months down the line, Abdulrahman Abdulrazaq has shown that its cardinal Programme is to wage war against my late father and I. He has demonstrated that his only competence and astuteness is in the area of viciously assailing the late Oloye Saraki and I. Definitely, he is a man with no sense of history. Enough is enough. Now, he has crossed the line.

“Perhaps, I should let it be known that if Abdulrahman Abdulrazaq thinks he is taking all these actions to get at me, he is only deceiving himself. There is no basis for competition between us. Our paths cannot cross because the status that he is struggling to attain, Almighty Allah has given it to me many years before now.

“With all his subterranean and open moves against my family, person and property, I remain unmoved.

What Saraki says as court orders forfeiture of his Ikoyi residence

Saraki Reacts to Police Invitation of Senators Over PDP Protest

Offa robbery: What Buhari Said Over Demands for Saraki to Resign or Step Down as...

WHY WILL THE ATTORNEY GENERAL & MINISTER OF JUSTICE NOT PROTECT THE CONSTITUTION FROM BEING...