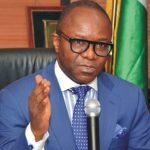 Major oil markets and unions in Nigeria  demands the state petrol minister, Dr. Emmanuel Ibe Kachikwu  be sack with immediate effect.
According to a petition sent to the Presidency recently after its widely publicized Press Release on the issue, the leadership of NARTO, the umbrella association of all the owners of fuel tankers in the country, chided Kachikwu for what it termed immature attitude.

“We would like to reiterate that the comment made by the Hon. Minister were an act of immaturity and an indirect affront on the personality of President Muhammadu Buhari who is the substantive Minister of Petroleum Resources. It is absolutely ridiculous for him to say that he could not have access to the President even though he is a Cabinet Minister serving in the same Ministry where the President is the substantive Minister,” NARTO Stated in the document signed by Alhaji (Dr.) Kassim Ibrahim Bataiya its National President.
NARTO urged Kachikwu to take the exit door since his loyalty to his boss and the country can no longer be guaranteed.

This position is also in direct alignment with that of their employees, the tanker drivers association which many in the industry describe as the militant arm of the oil industry unions due to an age long aggressive approach to settlement of dispute. In its submission, the tanker drivers urged the President to drop the Minister of State for Petroleum Resources from his cabinet while describing Kachikwu as lacking in competence and good faith.

Gistnaij.com leart that Kachikwu is making desperate effort to keep his job and recently called for meeting with industry stakeholders which was overwhelmingly rebuffed.

Recall that the minister leak memory has been the talk of the town for the past few weeks.