Women should avoid any man who says he’ll buy a car for his mother before his wife, according to Daddy Freeze.

This was in response to a viral tweet about a man who bought a car for his mother but not for his pregnant wife, who has to trek every day.

Freeze responded by saying that a wife always comes first, and that women should ask their men the question before committing to marry him.

He advised the woman to “run” if the man stated that he would prefer to buy a car for his mother first. 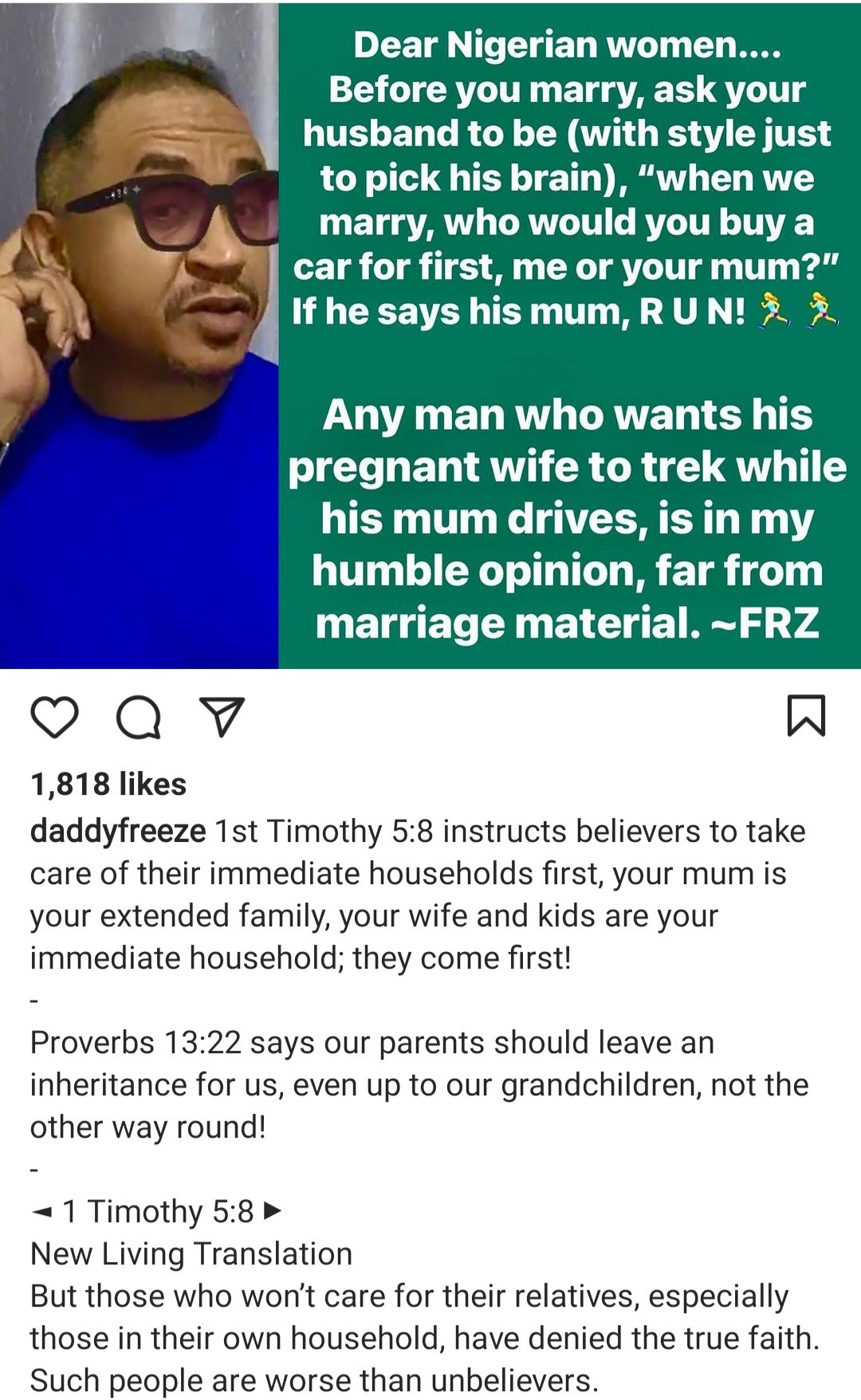 Daddy Freeze advises women in abusive marriages to seek help from professionals rather than pastors.

Daddy Freeze reacts after Prophetess says you can’t make heaven if you eat Titus and...