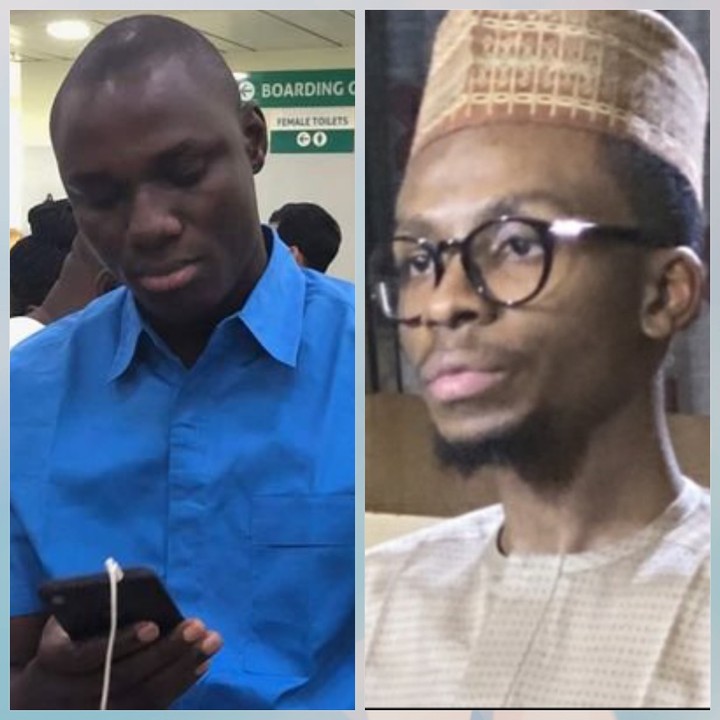 Bello El-rufai, son of Nasir El-rufai, governor of Kaduna State has threatened to file a lawsuit against a journalist, Samuel Ogundipe for publishing a story about him.

Recall that Bello had over the weekend given Nigerians something to talk about after threatening to gang rape the mother of a man who engaged him in a debate on Twitter.

His mother who initially supported him, later apologised for backing her son’s misconduct saying she reacted before understanding what led to the dispute.

But on Monday, Mr El-rufai threatened to sue Samuel Ogundipe, a journalist with Premium Times, one of the mediums that published the story. He described Mr Ogundipe as a columnist of the opposition party.

“Oh @SamuelOgundipe, our hired PDP columnist, you in particular were the last piece of the puzzle. I assure you that my lawyers will get to you to prove the usage/threat of rape. The onus is on you. I eagerly anticipate the #FreeSamuel hashtag. Thanks for completing the jigsaw.,” he said in a tweet.

His father’s administration in Kaduna is notoriously known for arresting critics including journalists whose whereabouts are currently unknown. 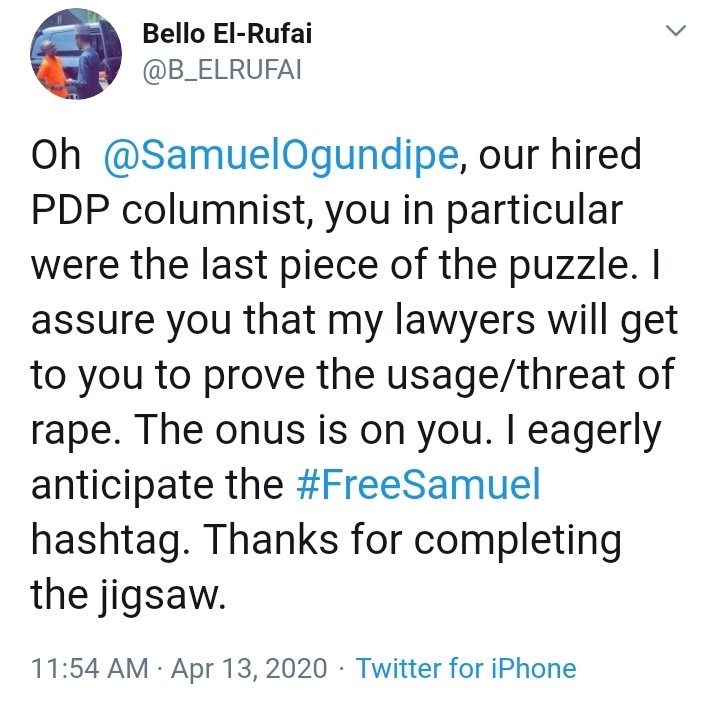 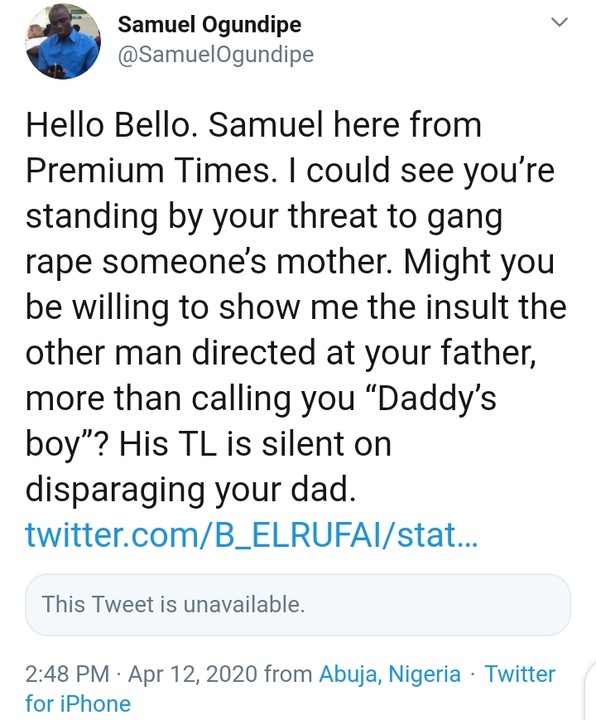 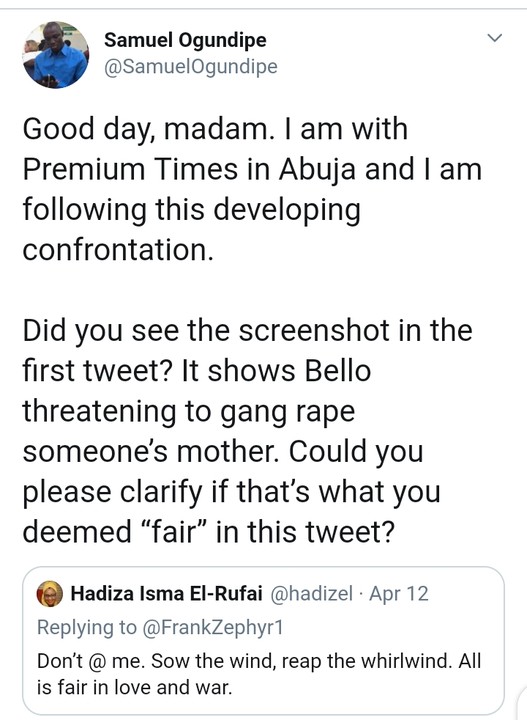