Genevieve Nnaji hospitalized for Psychosis, Nigerians are praying for her

Nigerians, notably Nollywood fans, have reacted to the viral report that actress Genevieve Nnaji is suffering from mental illness, according to reports.

On Tuesday, it was reported that the veteran actress is suffering from psychosis and is being treated in a US hospital.

Although Genevieve Nnaji has not responded to the viral report, she did post a video on her Instagram story showing her painting, implying that everything is fine.

If the report of her mental illness is true, fans, colleagues, and lovers of the actress have prayed for her quick recovery.

Tonto Dike, a colleague, described her as an older sister.

Other fans of the seductive actress have wished for her quick recovery as well. 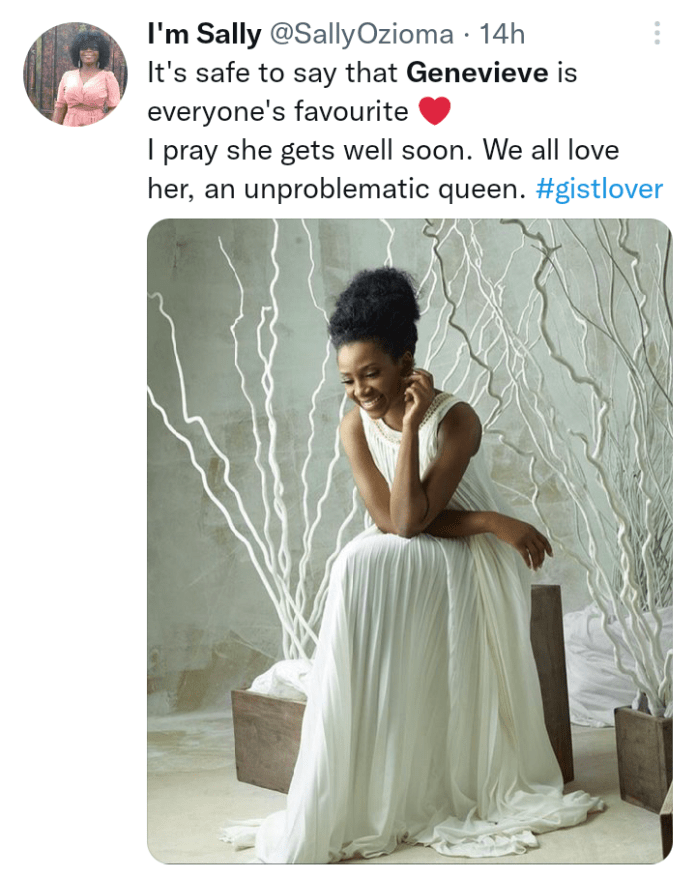 She turned 43 on May 3, 2022, but many of her fans were concerned when she didn’t post anything to commemorate the occasion.

Genevieve Nnaji has become a household name in the Nigerian film industry thanks to a slew of awards and accolades.

The Nigerian Oscars Selection Committee (NOSC) chose her film, “Lionheart,” as Nigeria’s submission for the best international feature film category of the 2020 Oscars.

‘Come And Collect Free Food’ – Looters Shout As They Cart Away COVID-19 Palliatives In...