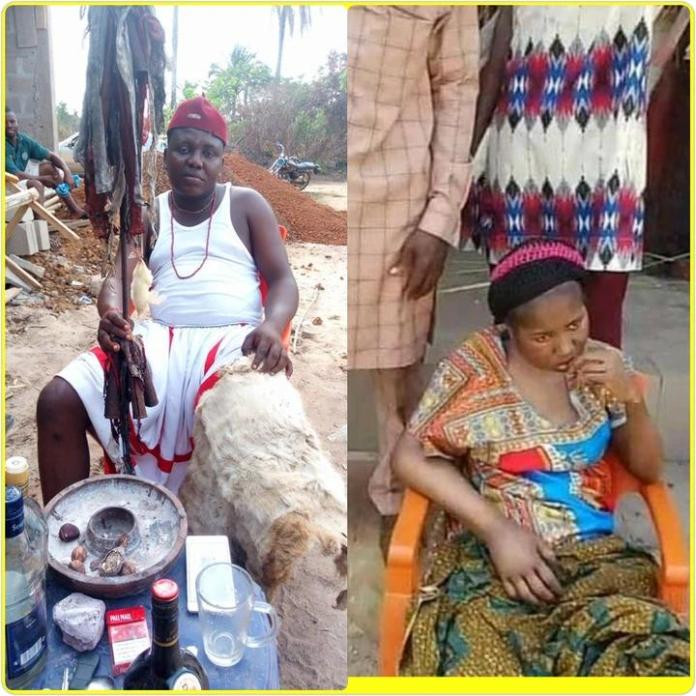 Comedienne, Ada Jesus is down with an ailment
Asaba-based native doctor, Chi Marine has urged a man of God, Prophet Chukwuemeka Odumeje to find a place in his heart and forgive, comedienne Ada Jesus.

Chi Marine disclosed that he has forgiven comedienne Ada Jesus who came down with an ailment that left her paralyzed and unable to speak after she said made damaging allegation against him, Prophet Odumeje and Actress Rita Edochie.
The native doctor stated that there’s nothing anyone can do that can’t be forgiven, and also said that he has to forgive her because he doesn’t know if he will live to see the next day. He also expressed hope of her surviving the ailment.
Watch the video;

In another News, Prophet Odumeje And Actress Rita Edochie Vow Never to Forgive Ada Jesus After She Was Brought to His Church to Beg for Forgiveness (Video)

There is no respite yet for comedienne, Ada Jesus as Prophet Chukwuemeka Odumeje and Actress Rita Edochie are in no hurry to forgive her.
The duo have vowed never to forgive comedienne Ada Jesus after she was brought to the Anambra-based Pastor’s church to beg for forgiveness.
Ada Jesus had accused Prophet Odumeje of conniving with Rita Edochie to stage fake miracles. She had also claimed that she helps Rita get men that sleep with her.
She however came down with an ailment that got her paralyzed and unable to speak after she made the allegation in 2020.
However upon being brought to the church to beg for forgiveness, Prophet Odumeje vowed never to forgive her until she brings those he supposedly ‘connives’ with for his alleged fake miracles.
Rita Edochie on the other hand stated that Ada Jesus will never get up from her sick bed over the allegation she made against her. She also stated that she is making the pronouncement before Ada’s father without any fear.
Watch the video below: