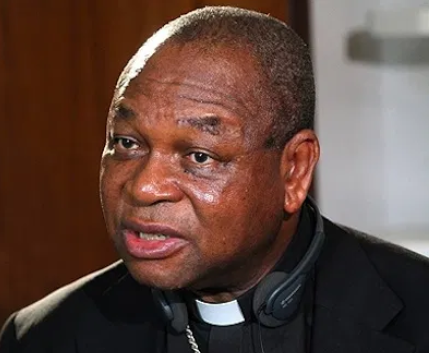 On Saturday, November 9th, Pope Francis officially announced the retirement of His Eminence, John Cardinal Onaiyekan as the Archbishop of Abuja Dioceses.
READ ALSO : Terrible! Wizard Falls On Mountain Of Fire‘s Roof In Delta
According to Josef Ishu, department of Communications, Catholic Archdiocese of Abuja, a letter arrived from Rome and Pope Francis appointed Archbishop Ignatius Kaigama as the new Archbishop of the Catholic Archdiocese of Abuja.
Ishu, however, noted that the date for the installation of the new Archbishop would be communicated in due time. Kaigama was the Archbishop of Jos from 2000 to 2019, when he became first Archbishop Coadjutor and then Archbishop of Abuja.
John Cardinal Onaiyekan, who confirmed his retirement also noted that it was long over due. Onaiyekan said that it was time for transition and time for a new leader to come and continue where he had stopped.
His Eminence, John Olorunfemi Onaiyekan was born 29 January, 1944; he is a Nigerian prelate of the Roman Catholic Church. He was Archbishop of Abuja from 1994 to 2019 and was made a Cardinal in 2012.
The cleric has served as President of the Christian Association of Nigeria; President of the Catholic Bishops’ Conference of Nigeria; and Bishop of Ilorin.

President Buhari calls for global prayers for the Pope

#EndSARS: Pope Francis prays for peace and justice in Nigeria