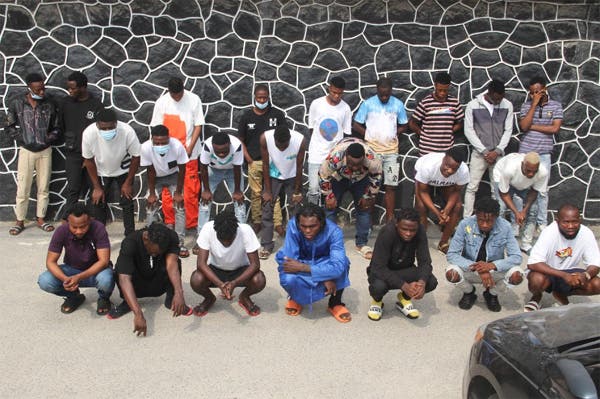 The suspected fraudsters arrested by EFCC

Identities of 32 suspected internet fraudsters arrested by the operatives of the Economic and Financial Crimes Commission, EFCC, Lagos Zonal Office, have been released.

They were arrested on Monday, December 21, 2020 during an early morning operation at Plot 12, Road 2, Goodnews Estate, Sangotedo, along Lekki-Ajah Way and Chevyview Estate, Chevron Drive, Lekki, Lagos, following  credible intelligence received by the Commission about their alleged criminal activities.

The suspects had allegedly been defrauding unsuspecting members of the public of their hard- earned money before their arrest.

They will be charged to court as soon as investigations are concluded. 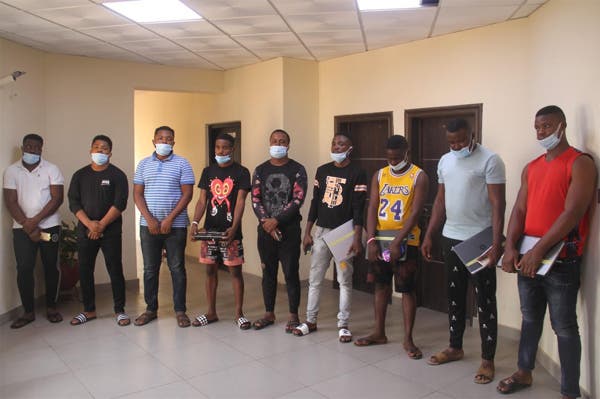