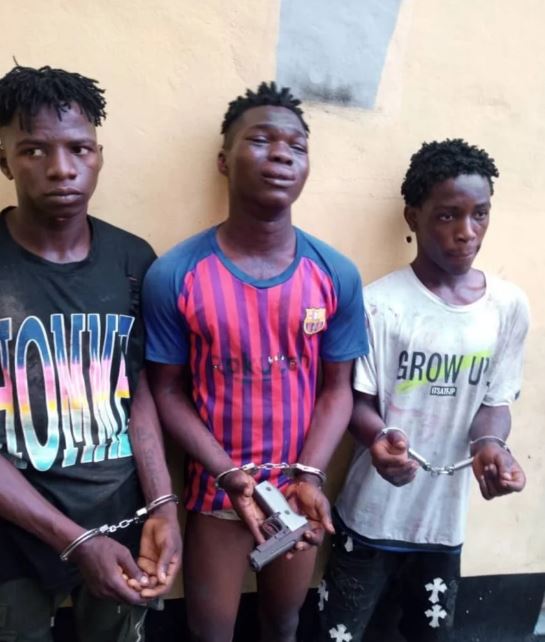 Operatives of the D9 (Anti Robbery) Section of the State Criminal Investigation Department nabbed them on Saturday.

Lagos Command Public Relations Officer, Muyiwa Adejobi, in a statement said the officers acted upon information from members of the public.

One Beretta pistol, a substance suspected to be cannabis and assorted charms were recovered from them.

Commissioner of Police, Hakeem Odumosu, has directed that the suspects be investigated by the Anti Robbery Section of the State CID.

How I Slept With 10 Men While Being Initiated – 19-Year-Old Girl Who Joined Cult...

Attorney General Of The Federation, Abubakar Malami Under Probe Over Oil Fraud