The hoodlums also burnt Kenneth’s house and destroyed the vehicles of his brother, who is claimed to be former military. 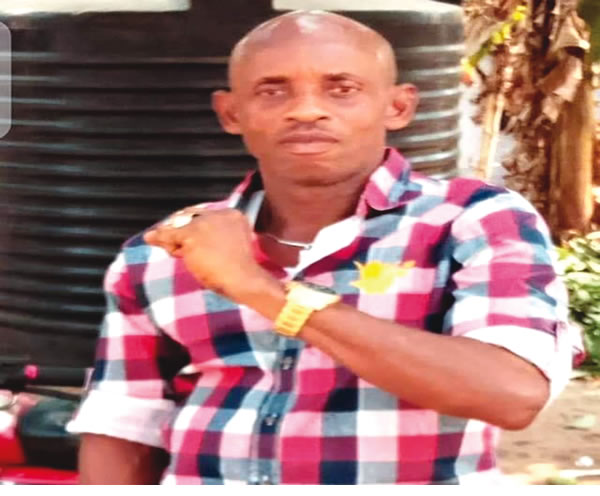 The event, which happened in Umuokwe, Eziawo 1, in the local government area, heightened tension in the area.

A journalist, Don Uba, who spoke on the killing of the youth leader, claimed inhabitants of the region were in terror.

Uba added, “The Peoples Democratic Party youth leader in the Oru-East LGA, Kenneth Amukamara, was slain this morning (Tuesday) in his rural home.

“His house was set ablaze too. Efforts attempted to confirm the horrible occurrence from the Imo State PDP Youth Leader, Greg Nwadike, who came to Abuja for an official assignment, proved futile as of the time of posting this piece.

“Information had it that his elder brother was targeted too for assassination, but he was able to escape as he is a retired military man. Kenneth’s house and vehicles were not spared as they were set ablaze and vandalised.”

The PDP State Youth Leader, Greg Nwadike, said in a statement on Tuesday that apart from killing Kenneth, the assailants also set the deceased’s house on fire.

Nwadike said the party, especially the young wing, was pained by the killing.

“He was assassinated on Monday night at his home in Awo-Omamma by assailants and his house was believed to have been set ablaze.

“Sketchy facts available indicates two other members of his family were also killed.

“I had warned Imo youngsters on several occasions to keep out of trouble and to remain safe. May his spirit find eternal rest.”

However, Bala Elkana, the state’s police spokesman, said the incident had not been reported to any police station in the state.