Palm Sunday Meaning, Passion Sunday Scriptures, Quotes, Why should we celebrate it? and all you should know can be accessed here

Palm Sunday, also known as Passion Sunday, is the first day of Holy Week and the Sunday before Easter in the Christian calendar, commemorating Jesus Christ’s triumphant entry into Jerusalem. It is associated with the blessing and procession of palms in many churches (leaves of the date palm or twigs from locally available trees). Palm Sunday will be observed on April 10, 2022.

These unique ceremonies took place in Jerusalem near the end of the fourth century, as described in the travelogue Peregrinatio Etheriae (The Pilgrimage of Etheria). The earliest evidence of the ceremonies in the West can be found in the Bobbio Sacramentary (8th century). The ceremony for blessing the palms in the Middle Ages was elaborate: the procession began in one church, proceeded to another church where the palms were blessed, and then returned to the first church for the singing of the liturgy. The chanting of the account of Christ’s Passion (Matthew 26:36–27:54) by three deacons was the highlight of the liturgy that followed the procession. The choir sang musical settings for the crowd parts on occasion. The ceremonies were somewhat simplified after the Roman Catholic liturgies were reforms in 1955 and 1969, in order to emphasise Christ’s suffering and death.

Popular Right Now
Did UK bar IPOB members from Asylum, Declare them Terrorist group? Here is what we need to know
Sex with dogs video: Why I slept with a dog, Lady Cries Out
48 Powerful Prayer Points for Breakthrough With Scriptures

The day is now officially known as Passion Sunday. The liturgy begins with a blessing and palm procession, but the focus is on a lengthy reading of the Passion, with the priest, lectors, and congregation all reading parts. Members of the congregation frequently take the palms home as sacramentals (sacred signs of the sacraments), and some are burned the following year to serve as ashes for Ash Wednesday. 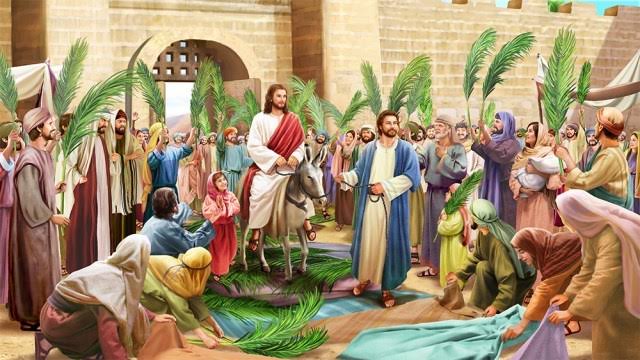 How to Celebrate Palm Sunday

The Eucharist on Palm Sunday is followed by a procession in which the priest carries the icon representing the events being commemorated in the Byzantine liturgy. In the 19th century, some traditional ceremonies were revived in Anglican churches. While most Protestant churches do not hold ritual ceremonies to commemorate the day, palms are becoming increasingly prominent.

5 Things about Palm Sunday That Remind Us Christ Is King.

The people cut palm branches and waved them in the air, then laid them out on the ground in front of Jesus as He rode into the city, according to God’s Word. The palm branch symbolised goodness and victory, and it was a sign of His impending victory over death.

2. Jesus chose to ride in on a donkey, directly fulfilling Zech. 9:9 in the Old Testament. It was common for kings or important people to arrive in a procession led by a donkey in Biblical times. The donkey was a symbol of peace, so those who rode them demonstrated that they were coming with peaceful intentions. Even back then, Jesus emphasised that He is the Prince of Peace.

“Rejoice greatly, O Zion’s daughter!” Shout aloud, Jerusalem’s daughter! Your king is approaching; he is righteous and has salvation, humble and mounted on a donkey, on a colt, a donkey foal.” 9:9 (Zechariah)

3. The people were hailing Christ as King when they shouted “Hosanna!” That word literally means “save now,” and while they were hoping for an earthly king, God had a different plan in mind for bringing true salvation to all who would put their faith in Him.

“If you confess with your mouth that Jesus is Lord and believe in your heart that God raised him from the dead, you will be saved.” Revelation 10:9

4. According to the Bible, Jesus wept for Jerusalem. In the midst of the moment’s praise, He knew in His heart that these same people would turn their backs on Him, betray Him, and crucify Him in the not-too-distant future. His heart broke as he realised how desperately they needed a Savior. 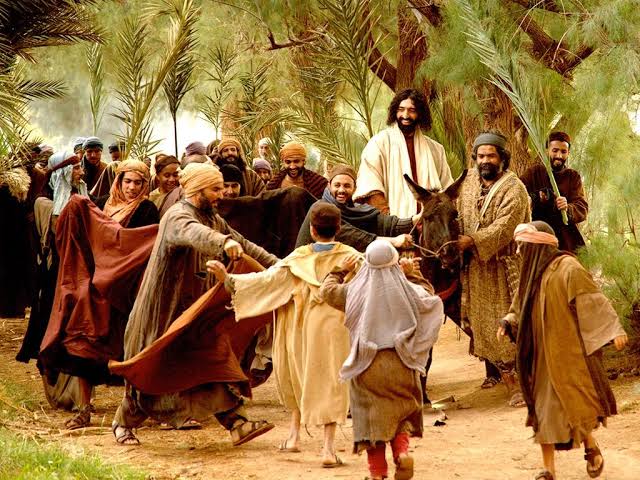 “As he approached Jerusalem and saw the city, he wept and said, “If only you, even you, had known on this day what would bring you peace—but now it is hidden from your eyes,” he said. Luke 19:41–42 is a passage from the Gospel of Luke.

5. Palm Sunday reminds us that Christ’s reign is far greater than anything the human mind could imagine or plan. In today’s world, men sought someone to fight their battles for them. God, on the other hand, had a plan to send His Son to fight the final battle against death. This is why we celebrate this week in such a special way. We can be set free from death because of Christ’s ultimate sacrifice.

“Jesus said to her, ‘I am the resurrection and the life; he who believes in Me will live even if he dies,'” Jesus told her.

This week, we have a lot to be thankful for. The enemy is well aware of this, and you can bet he’ll do everything he can to divert our attention away from the true meaning of Holy Week. Don’t let him get away with it.

May God direct our thoughts and attention this Holy Week to what matters most, Jesus Christ, our King…

Let us choose to worship our Lord, thanking Him for the gift of His sacrifice, celebrating the Resurrection’s power, and the new life found only in Him. Grace. “Thanks be to God for His indescribable gift!” 2 Corinthians 9:15

That is all on Palm Sunday Meaning, Passion Sunday Scriptures, Quotes, Why should we celebrate it?