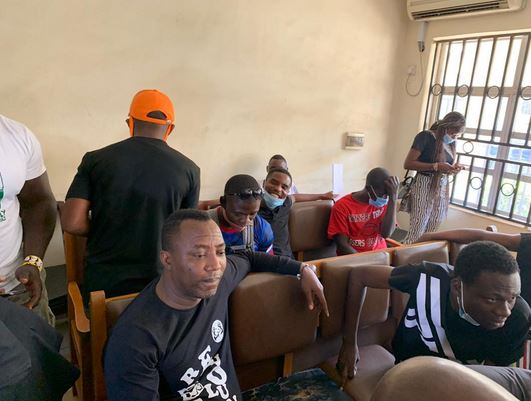 A Magistrate Court in Abuja has arraigned popular Nigerian activist and Presidential aspirant, Omoyele Sowore, who was arrested on New Year’s Eve over his protest against the Buhari-Led administration on Monday, January 4.

Sowore was arraigned, by the Police, alongside his colleagues; Juwon Sanyaolu, Damilare Adenola, Peter and Kimrere.

He is being arraigned alongside four others by the Federal Government on three charges of criminal conspiracy, unlawful assembly, and attempting to incite others.

They all pleaded not guilty to the charges. 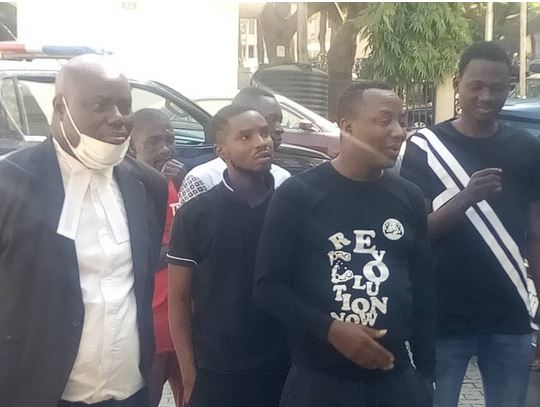 The Prosecution, however, alleged that the defendants were arrested on New Year eve with placards calling for a violent revolution against Buhari.

Sowore had earlier before the protest charged Nigerians on Twitter to hold a crossover protest by picking up a candle and a placard showing their grievances against the President Muhammadu Buhari administration.

This is not the first time Sowore will be arrested. He was detained for over 100 days in 2019 for calling for a #RevolutionNowProtest.

Meanwhile, Amnesty International over the weekend asked Buhari to direct the immediate and unconditional release of Sowore, asking him to stop targeting activists and respect human rights. 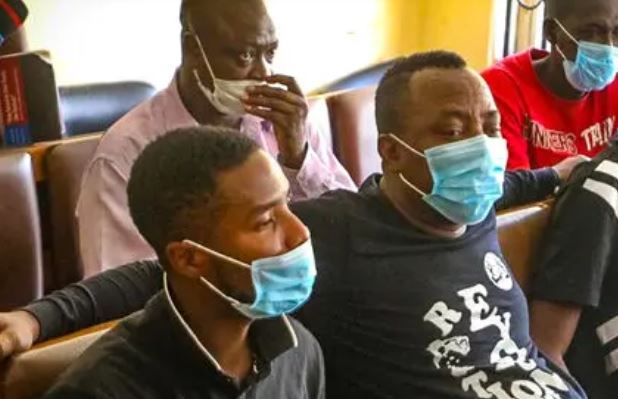