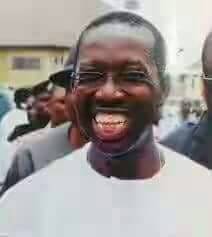 Creadible and impecable source from Government House, Asaba revealed to us this morning that since the dogged Dr. Cairo Ojougboh delivered a press statement that exposed Gov. Ifeanyi Okowa running the state without a signed budget and the governor’s incompetence, he (Okowa) has been running from pillar to post to save face.

Recall that the governor had penultimate weeks surmoned all members of the State’s House of Assembly to his country home in Agbor to discuss and ascertain how the information leaked to Dr. Cairo Ojougboh who earlier gave the Okowa-led government 48 hours to produce a copy of the signed budget since 4th of October, 2017 if they doubt his claim as he has the certified true copy of the unsigned budget which was uploaded here a couple of days ago.

In the wake of this, the governor who till this very minute has not been able to produce the signed copy of the said budget to defend himself and refute Dr. Ojougboh’s claim has directed through his Chief Press Secretary, Mr. Aniagwu Charles that his paid social media aides go on a spree of online ludicrous propaganda and campaign of calumny to slander Dr. Cairo Ojougboh, a ploy designed to put him (Ojougboh) on the defensive side rather than the governor defending himself, all to buy time and distract patriotic Deltans.

Our investigation also revealed that Gov. Okowa has continued to receive condemnation from many well meaning Deltans who openly repremanded him in Government House, for not pacifying the angry 19 legislators and fir actually running the state without budget like a family business and playing politics of deceit and lies.

A close look online in recent times will attest that Okowa’s social media terrorism, deceit, propaganda, fabrication of lies and peddling of falsehood have started and being carried out to instruction but they have failed to understand that Dr. Cairo Ojougboh is very well prepared for them to surmount their docile brains and lousy fire power of slander. The internet rats who think they can put the soja of truth on the defensive side just missed it too.

For the information of this corrupt government led by Okowa, no amount of slandering, falsehood, media attacks , blackmail , propaganda, fabrication of lies, innuendos against the good iand noble ntention of Dr. Ojougboh from exposing Okowa and revealing his barrage of deceits and obvious misgovernance will succeed. The young and indefatiguable former law maker’s resolve to rescue Delta State from the debris of catastrophe visited on Delta State by Okowa’s insurgency can never be stopped by any man.

As a matter of fact, the after-office of Gov. Okowa will be a terrible one because he will never escape the net and claws of the Economic and Financial Crimes Commission, EFCC. Then his halleluyah praise-singers today will vanish into thin air and nowhere to be found again. The time for Okowa to make amend is now or never.

Directorate of media of the light of APC

Uzodinma Reacts As Edo Speaker Accuses Him, APC of Taking over Assembly