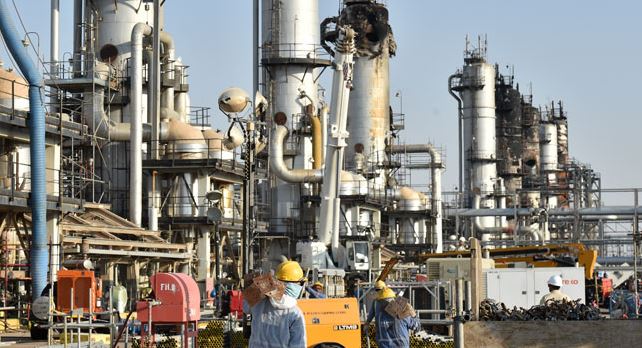 Oil Price Crashes To Below $11 Per Barrel

Oil prices plunged further on Monday April 20, as storage space ran low for the glut of crude no longer needed by economies hard hit by Coronavirus.

The price of crude oil fell to $11, crashing almost 40 percent in a market flooded with crude and slammed by evaporating demand in the face of the coronavirus pandemic. At 8:54 a.m. EDT on Monday, the front-month WTI Crude price was plummeting by 37.22 percent at $11.47. The Brent Crude front-month contract was also under pressure, trading down 6.02 percent at $26.39.

“The real problem of the global supply-demand imbalance has started to really manifest itself in prices.

“As production continues relatively unscathed, storage is filling up by the day. The world is using less and less oil and producers now feel how this translates in prices.”
Pierre Andurand, the head of the eponymous oil hedge fund tweeted;

“There is no limit to the downside to prices when inventories and pipelines are full. Negative prices are possible.”

In early trading in New York, West Texas Intermediate fell to as low as of $10.96 a barrel, the weakest level since 1998. The plunge was exaggerated as the May futures contract expires on Tuesday, leading to a fire-sale among traders who don’t have access to storage.

The June contract for West Texas Intermediate futures, considered the benchmark for U.S. crude prices dropped 11.5% to $22.14 a barrel. Brent crude oil, the global benchmark, fell 6.1% to $26.38 a barrel.

The fall was more dramatic for the front-month May contract, which fell 36.9% to $11.53 a barrel, near its lowest level since 1999. With the May contract expiring Tuesday and no longer the most actively traded, oil watchers don’t consider it the most accurate reflection of price action.

The European benchmark contract, London Brent North Sea oil for June delivery, was down 6.1 percent at $26.38 per barrel. Analysts said this month’s agreement between OPEC and its peers to slash output by 10 million barrels a day was having little impact because of the virus lockdowns and travel restrictions that are keeping billions of people at home.

“It’s a dump at all cost as no one wants delivery of oil, with Cushing storage facilities filling by the minute.

“It hasn’t taken long for the market to recognise that the OPEC+ deal will not, in its present form, be enough to balance oil markets.”

There are signs of weakness everywhere. Buyers in Texas are offering as little as $2 a barrel for some oil streams, raising the possibility that producers may soon have to pay to have crude taken off their hands.

The nearest timespread for the US benchmark has fallen to its weakest level on record. Crude stockpiles at Cushing the US’s key storage hub  have jumped 48% to almost 55-million barrels since the end of February. The hub had working storage capacity of 76-million as of September 30, according to the Energy Information Administration.

See the key figures below;

West Texas Intermediate: DOWN 38 percent at $11.04 per barrel