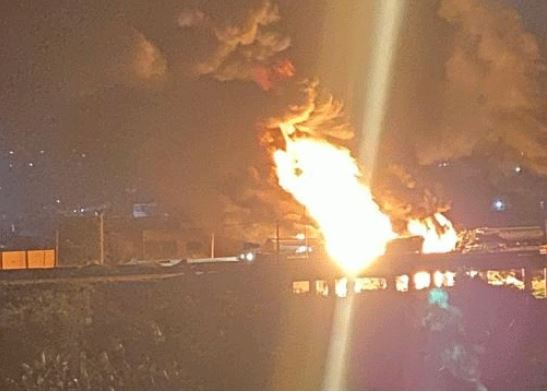 Scene of the sad incident

No less than seven vehicles have been gutted by fire on Otedola Bride in Lagos.

They were gutted by fire following an explosion at Otedola Bridge in the early hours of Saturday March 27.

Director-General of Lagos State Emergency Management Agency (LASEMA) Dr. Femi Oke-Osanyintolu who confirmed the incident said the fire has been doused by a rescue team and men of Lagos Fire Service. 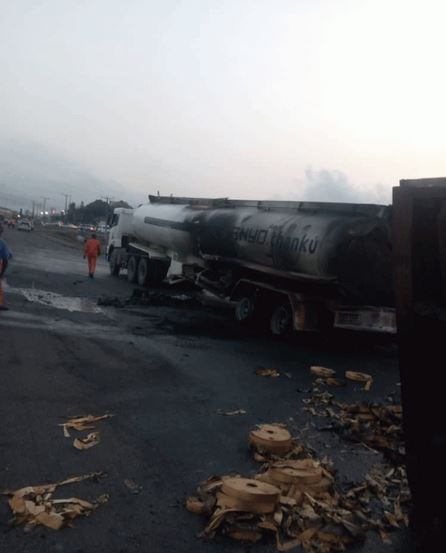 He said; “Mop up is being concluded at about 6a.m. Saturday and recovery effort ongoing.”

Here are videos from the scene;