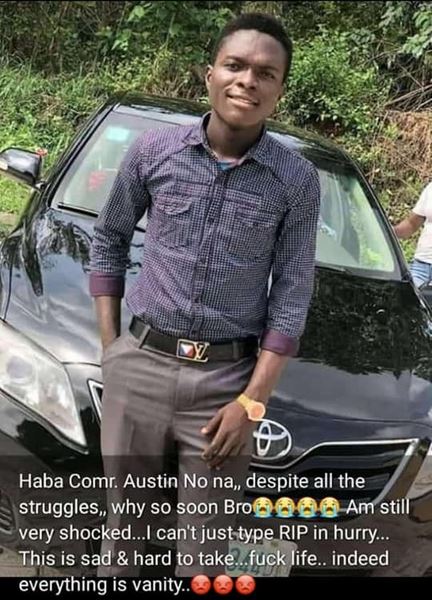 Efebe Augustine, a former SUG president of Delta State University (DELSU) has been confirmed dead after drowning in a river in Abraka, Delta State.

The deceased who swam to a restricted area while swimming with his friends, couldn’t save himself as a rope prevented him from doing so.

Efebe’s corpse was retrieved by local divers and has been moved to a morgue. Friends of the deceased are now penning down tributes to him.

Levi Nwachinemere wrote;  I still don’t want to believe it’s true but I have to

Efebe Onoriode Augustine was a man with a strong heart

You adviced me after I emerged during my election

Itz such a small world; how we live our life on earth that’s what counts most 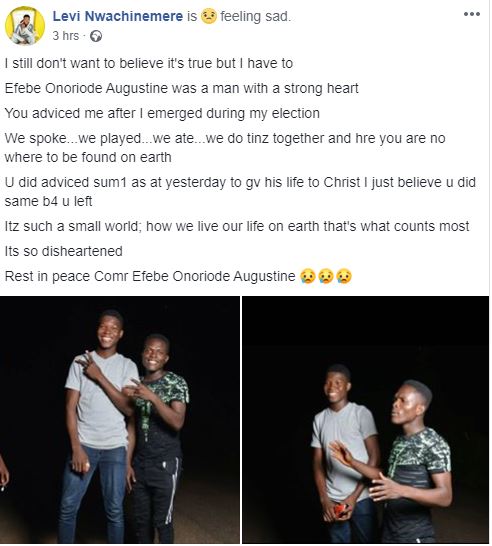 Prince Isire wrote; Couldn’t stay at home as ur profile picture portray….. Y do this to us Efebe Augustine?

The heat is much we all know but u could have bear it till the lock down ends. Why abraka river of all places? 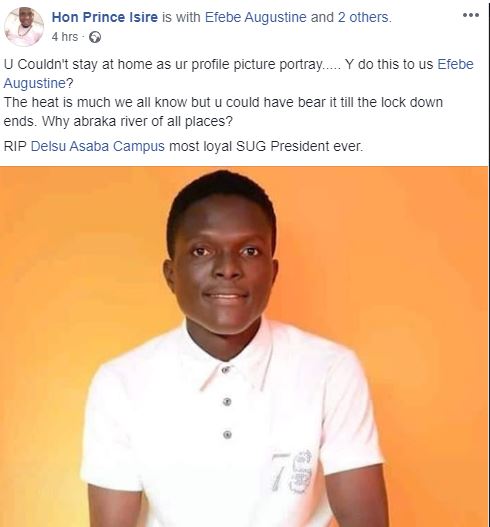