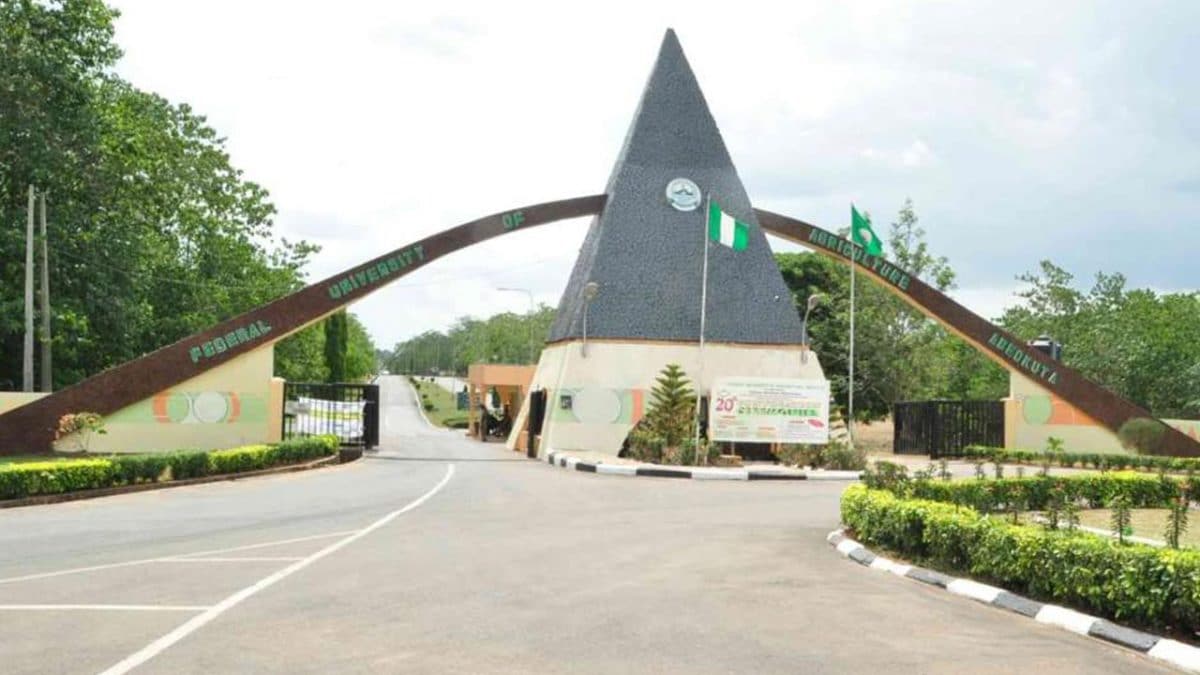 Students of the Federal University of Agriculture, Abeokuta (FUNAAB) in Ogun Ogun State can no longer sleep with their two eyes closed over fears that they may be robbed overnight.

But the Vice Chancellor of the university, Prof. Kolawole Salako, said the recent robbery incidents only took place in private hostels, which he said are far away from the main campus.

There have been cases of students of the federal university being robbed by unknown armed men.

DAILY POST Reports  that the last robbery, which occurred on Thursday, was the third in seven days, with no arrest made by the police.

As reported, the armed robbers allegedly made away with five iPhone 11, six necklaces, some cash, four generator sets and other valuables.

The situation, it was learnt, has led to mass exodus of students from the affected hostels to safer houses within Obantoko and Osiele areas of Abeokuta, to prevent being robbed.

However, the Vice Chancellor said the management of FUNAAB and landlords of the affected private hostels were putting efforts in top gear to prevent a recurrence of robbery; adding that the police and other security agents were on top of the matter.

While speaking with newsmen on Monday, Salako debunked rumours that the robbery took place in any of the hostels within the premises of the university; saying that was “a lie orchestrated by some unscrupulous elements to cause mayhem and incite students against the management of the university.”

He also denied asking the students to sign an indemnity form to prevent them from protesting the incessant robbery incidents, as reported by an online medium.

Earlier, the management of FUNAAB had called on landlords and agents of the hostels off-campus to engage private security personnel individually or collectively, to ensure security of lives and properties of the students they accommodate as tenants.

The Vice Chancellor made the call when he led management and Students Union Executive on a visit to two private hostels robbed last week.

Salako noted with dismay that no security measure was provided by the landlords of the affected hostels, which he said are located far away in isolated places.

He, therefore, urged landlords of the buildings to employ security personnel to secure their hostels for the safety of the students.

He called on parents to regularly visit their children or wards so as to know the kind of environment they live in; saying “during my visit to the affected hostels, I found that they were isolated from other rented apartments. I wonder whether parents who care for their children will allow them to live in such a bushy and deserted area.”