Rochas Okorocha, the former governor of Imo State, has had his chieftaincy title of Otunba Asoludero revoked by Oba Akintunde Akinyemi, the Eselu of Iselu Kingdom.

The first-class traditional ruler cancelled the installation ceremony, which was scheduled for September 19.

This was stated in a letter signed by Oba Akinyemi and addressed to the former and current Senator dated August 9.

The lawmaker was recently proclaimed the Otunba Asoludero of Iselu kingdom in Yewa -North Local Government Area of Ogun by the first class monarch.

2023: Okorocha receives the title of Otunba Asoludero of Iselu, a chieftaincy title in Ogun. He had previously stated that the award was given in recognition of Okorocha’s efforts to unite various tribes across the country.

However, the monarch explained in a letter sent on Monday that the chieftaincy title was revoked “in the interest of peace and harmony.” 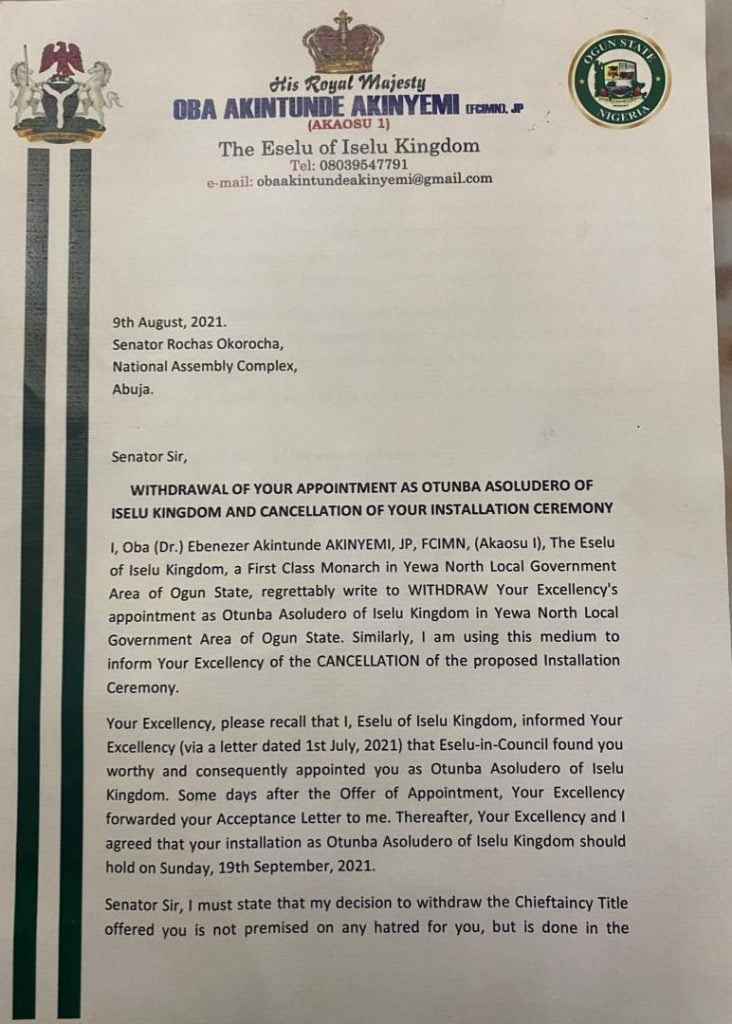