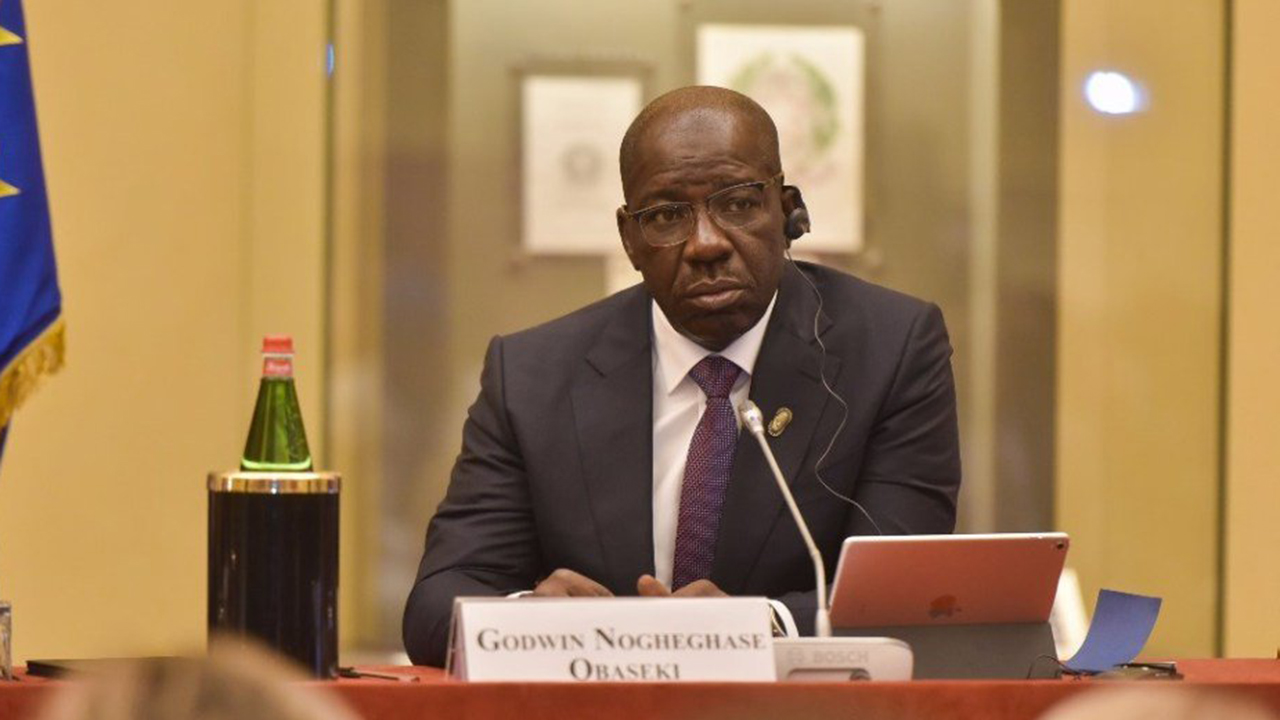 The crisis rocking the Edo chapter of the All Progressives Congress (APC) ahead of next year’s governorship election in the state at the weekend deepened, as both supporters of Governor Godwin Obaseki and the party’s National Chairman, Comrade Adams Oshiomhole, alleged physical attacks.

While sympathisers of the latter accused those of the former of attacking the Benin GRA home of the ex-labour leader, the Chief of Staff to the governor, Taiwo Akerele, on the other hand, alleged that he was attacked by an APC chieftain loyal to Oshiomhole in a hotel on Friday while meeting with some foreign investors within the capital.

However, the state Commissioner of Police, Danmallam Muhammed, has refuted the invasion of the home of the former governor.

But Oshiomhole’s media aide, Simon Ebegbulem, insisted that the facility was reportedly attacked by agents of government but were stopped by APC youths who mobilised to contain the action.

The party chairman, who addressed some youths within the precincts of his home, enjoined them to maintain peace in the country and Edo in particular.

Contacted on the phone, CP Muhammed stated: “The one that happened was the day before yesterday (Friday), and there was no attack on Oshiomhole’s residence.

“He (Oshiomhole) visited the Oba of Benin, and we escorted him to the airport, and he thanked us for the security of the state.

“And you know when his Excellency (Obaseki) visited him (Oshiomhole) during Sallah, he said people capitalise on issues to make money and create problems when there are none. Nobody attacked Oshiomhole house. Any place they attack, you will see physical evidence.”

Besides, the Special Adviser to the Governor on Media and Communication Strategy, Crusoe Osagie, in a statement said government had no knowledge of the “purported attack on the person or the residence of former governor of the state and National Chairman of the All Progressives Congress (APC), Comrade Adams Oshiomhole.”

They made their position known in two separate statements issued yesterday in Abuja by APC National Publicity Secretary, Mallam Lanre Isa-Onilu, and Special Adviser on Media and Publicity to Omo-Agege, Yomi Odunuga.

Isa-Onilu noted that though Oshiomhole had urged calm “after the apparent attempt on his life, we call on the Inspector General of Police (IGP) Mohammad Adamu and other relevant security outfits to investigate the ugly incident and prosecute the sponsors and attackers.”

The Deputy President of the Senate, Senator Ovie Omo-Agege has condemned the attacks on the All Progressives Congress (APC) National Chairman, Comrade Adams Oshiomhole in Benin City, Edo State.

Omo-Agege said this in a statement by his Special Adviser on Media and Publicity, Mr. Yomi Odunuga, in Abuja on Sunday.

Describing the development as callous, cowardly, inhumane and totally unacceptable that should be condemned by all, he noted that political practice in the country should not be allowed to degenerate to a situation where violence becomes the language of activism by both politicians and their supporters no matter how disgruntled such persons may be.

Oshiomhole was reported to have escaped a major attempt on his life by armed thugs who swooped on his Benin residence in Okorotun Street, GRA, on Saturday. The thugs were said to have shot sporadically into the air.

The lawmaker called on the police to fish out the perpetrators and bring them to book.

This, he noted, will serve as a deterrent to others that political violence is not the best way to resolve conflicts, if any.

“Such criminal attack, remains utterly condemnable and illegal. Whatever their grievances, they should learn to explore dialogue rather than resort to violence.

” I call on the police to get to the root of the matter by prosecuting those involved in the act. It is my belief that the fine principles and ethos of democratic practice do have inbuilt mechanisms through which internal wranglings can be resolved without recourse to violence as it was the case in Edo State on Saturday.

“I would like to call on the parties involved to explore those options that would strengthen the party as entrenched in the constitution of the APC as that is the best way to move the state and the nation to the Next Level in which all citizens are expected to reap the dividends of the trust they reposed in the government led by President Muhammadu Buhari”, he stated.

Omo-Agege also called on parents to warn their wards against political violence, adding that the attack negated democratic principles.

If APC fails in 2023, I will not be held accountable – National Chairman

‘They will labor till they die’- Tinubu hits PDP, Labour Party

What Senate, FG, INEC chairman discussed about 2019 election and their decision