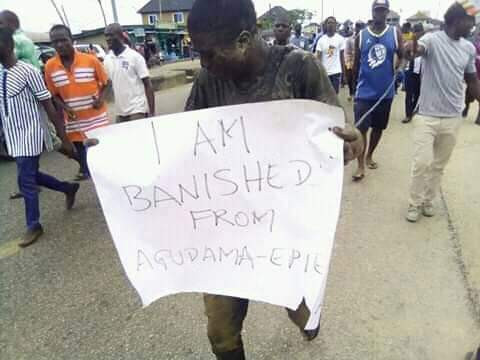 A infamous criminal terrorizing Agudama Epie in Yenagoa, Bayelsa state, State has been banished after he was beaten and paraded across the community.

The banishment was led by the President of (AYM) Comr Prudent Izibeyame and his members. 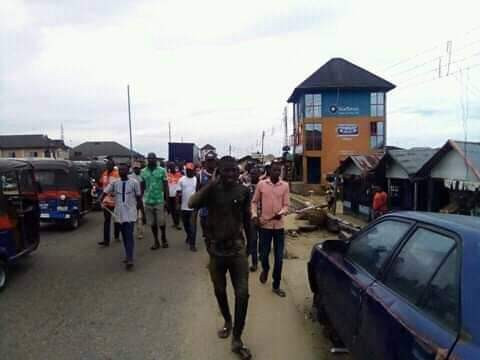 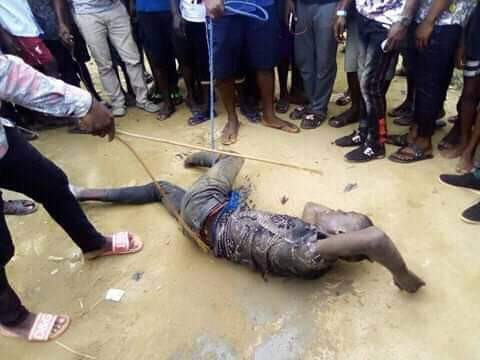 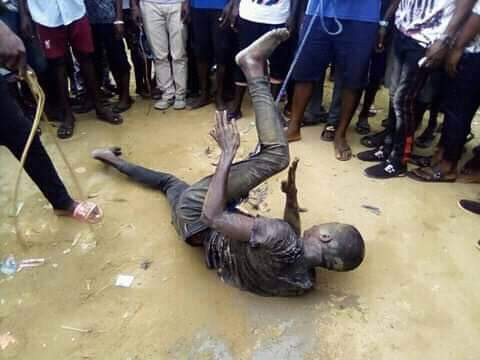 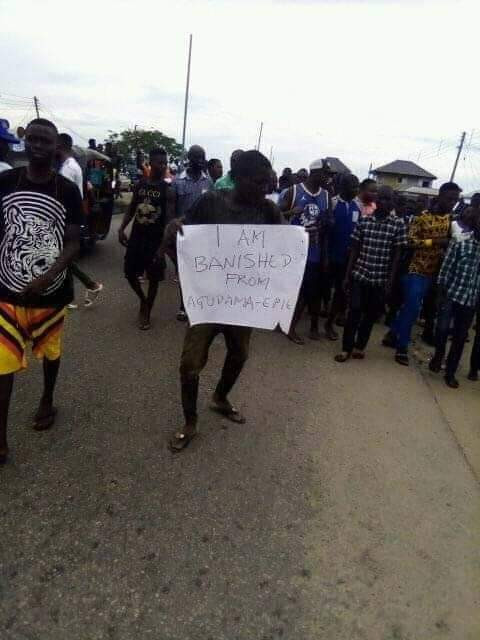 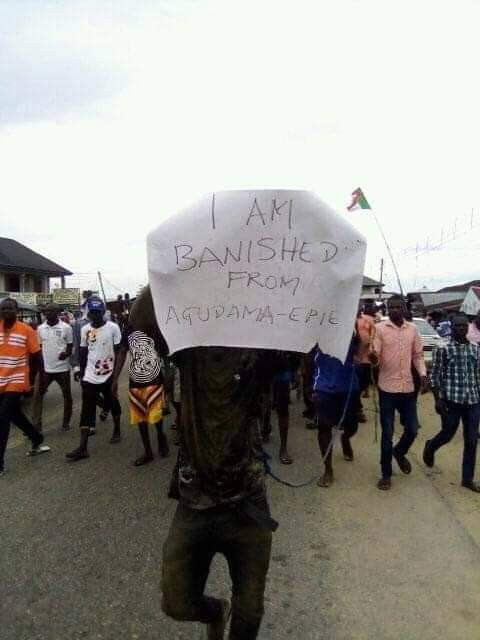