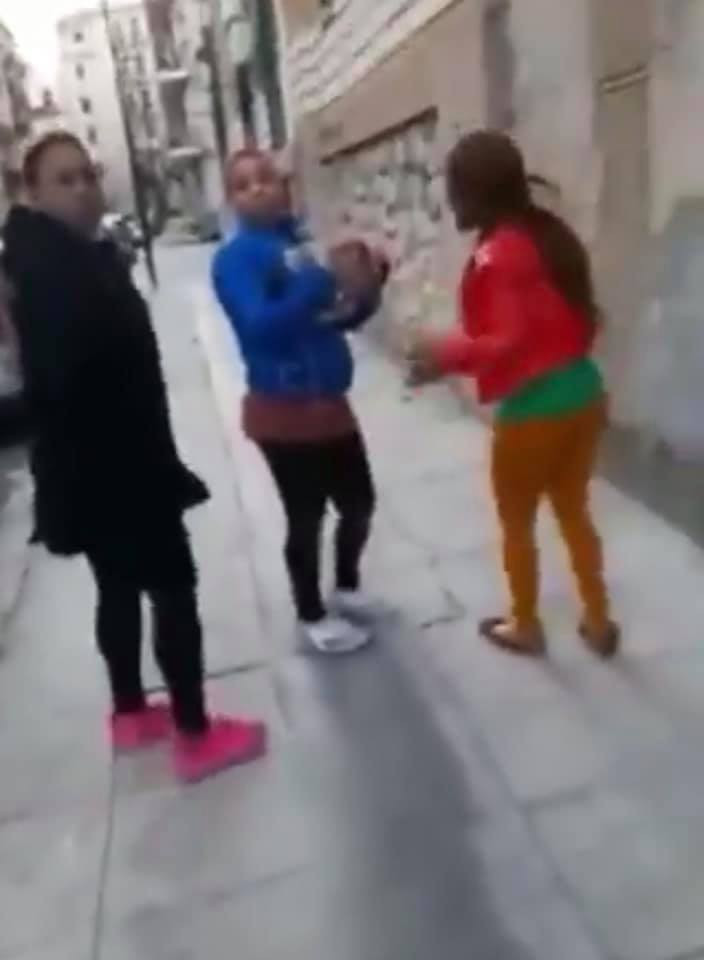 It is now claimed that a Nigerian man featured in a viral video cussing out a Nigerian woman was not the father of the baby she had attempted to pass off as his.

Ejes Gist had earlier shared a video where the lady and her friend were confronting the man and accusing him of trying to abandon her and their child after making money.
However the Nigerian man at that time insisted that he’s not responsible for her pregnancy as he was in Malta when she took in.

In the new video that went viral, after the DNA test revealed that the Caucasian (white) man was the father of the child, the Nigerian man was seen cussing out the woman.

However, the lady defended herself by saying that she was not the one who started the act of pinning babies on men who were not related to them biologically.

Watch the video below….