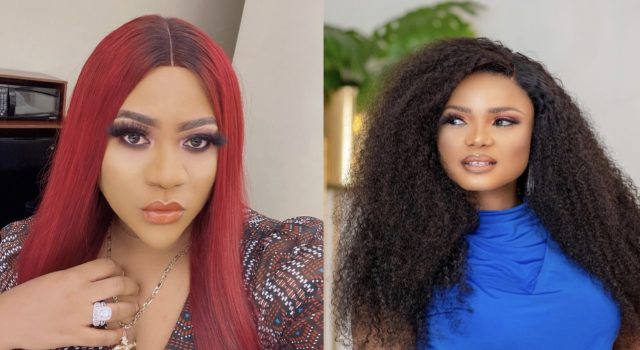 The two actors have been outspoken in their criticism of Baba Ijesha on social media, and have battled with several members of the association.

The Lagos state police arrested and detained Baba Ijesha after he was accused of sexually molesting a youngster between the ages of 7 and 14.

Despite the fact that Iyabo Ojo and Nkechi Blessing are not registered members of TAMPAN, Jide Kosoko, a member of the association’s Board of Trustees, said at a press conference on Sunday that the association would not tolerate any form of disrespect from both actresses who tried to drag the association into the mud.

“We have discipline in our local chapters. You can’t even count the number of practitioners who are misbehaving right now. We’re preparing to get a flock of black sheep. We’ll know what to do as soon as we find them,” Kosoko said.

“If the LG level is unable to complete the task, they transfer to the state with the same officials. They have the ability to take it to the national level.”

Following that, the organisation warned its members not to do anything that would bring the association or the industry into disrepute.

TAMPAN also urged its members to embrace the organization’s dispute resolution process rather than criticising it on social media.

Popular Nollywood Actress, Iyabo Ojo and Nkechi Bkessing have separately reacted to the suspension of TAMPAN Directors and Actors from featuring in their productions.

In a separate Instagram reactions, Iyabo Ojo said no one can silence her and she opted to remain silent in the face of intimidation from her senior colleagues in the Nollywood industry.

“I can never be silenced, know that and know God, period!”, Iyabo Ojo said in her Official Instagram post.

Nkechi Blessing on her part said, “If I open mouth to talk about this particular man, his grown-up daughters would be ashamed of him….let me just keep shut and move on like they don’t exist, cus hmmmmm!”.