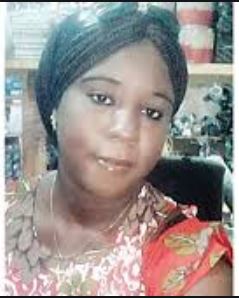 Adarju Juliet is a 28-year-old trader who was abducted by suspected Boko Haram members on her way to Maiduguri, Borno State. She shares her ordeal with ALEXANDER OKERE

Can you introduce yourself?

My name is Adarju Adamu Juliet. I am 28 years old. I am a trader. I am from the Askira/Uba Local Government Area of Borno State.

Where do you reside?

I stay in Maiduguri but I am in Damaturu, Yobe State, currently.

Why did you relocate to Damaturu?

I was no longer comfortable in Maiduguri following the incident that happened?

Can you narrate what happened?

Early in January, 2020, my mother fell ill. So, my elder sister told me to bring her to Maiduguri for treatment. On our way to Maiduguri, along Damaturu road, we heard gunshots. The people who fired the shots came out with their faces covered and stopped us. Three of us in the vehicle were women. The armed men asked for our names and religion. Those of us who identified ourselves as Christians were separated and I was the only lady among them. After that, they collected all we had and told our driver to leave with my mother because they would take me away.

Advertisements
Popular Right Now
3 Most Dangerous Psalms No Enemy Can Withstand
48 Powerful Prayer Points for Breakthrough With Scriptures
I Don’t Want to Die, Umoren’s Killer Cries Out After Being Sentenced to Death by Hanging

What happened to the remaining passengers?

They released them and told the driver to go without the three of us. I was the only lady among them. They order us into the bush. As we were walking, they asked me again if I am a Christian. They asked me whether I would deny my faith so that they would set me free. But I refused. They asked me if I wanted to be like Leah Sharibu and I said yes. So, they released the two other passengers who were Muslims.

Did they tell you whether Leah Sharibu is alive or dead?

They said she is alive.

Did they tell you where she is?

No. They said she was married to their commander.

Were your abductors Boko Haram members?

Some of them were Boko Haram members while some were a group of kidnappers operating from the bush and working with Boko Haram. The insurgents used to come to our location to ask the kidnappers the number of victims they had in their custody. They collected money from the kidnappers any time they came, and if the victim is a woman, they took her away.

What did your abductors do next?

They told me to choose between denying my faith so as to regain my freedom or they would call a Boko Haram member to take me to Sambisa forest. I wept and told them I would not deny my faith. I cried throughout that day because my mother was sick and didn’t know anywhere in Maiduguri.

Did they demand a ransom from your family?

They told me to give them the phone number of any of my guardians so that they would inform my family that I had been kidnapped. But I told them that my dad is late and I didn’t have anyone; it is my pastor that has been a father to me. Truly, my dad died when I was three years old. They collected my pastor’s number and told him that his daughter had been kidnapped. They told him that they had not concluded on whether they would kill me, give me away to the Boko Haram insurgents or collect a ransom. After calling the family of a victim, they remove the SIM card and discard it. When they saw that I was crying because I was worried about my mother’s whereabouts, they decided not to give me away to the Boko Haram insurgents. But they argued among themselves on this before reaching a conclusion to collect a ransom for my release.

How much did they demand from your guardian?

What did he say?

He pleaded with them not to hurt me as he would look for the money and give it to them. He also pleaded with them to reduce the ransom to N2m and they agreed. The people who abducted me were over 50 in number. While I was there, some Boko Haram members came and told my abductors that they were not comfortable with my presence in the forest. They told the kidnappers to release me for a ransom or kill me because they didn’t like me and didn’t want to see my face. So, my abductors called me pastor and threatened to kill me after three days, if he didn’t bring the money.

Was the ransom paid?

The pastor tried his best, with the help of other Christians, to raise N1.5m. They told him to bring the N1.5m because they were under pressure from Boko Haram to either release me or kill me. They told the pastor how to deliver the money to them. They later dumped me somewhere and told me to find my way from there.

How did you find your way home?

When I got to a major road, I cried for help before I was assisted by some persons.

How many days did you spend in captivity?

I spent two weeks and some days.

Were you maltreated by your abductors?

I was beaten on the first day and I spent a week without eating. But they gave me water in the second week. I later fell ill and had pneumonia.

Were you sexually assaulted?

Were there other victims there with you?

Were they shot in your presence?

I heard the gunshots. But they later showed me the corpses and warned that they might do the same thing to my pastor. There was also a lady who was swallowed by a python in the forest.

How did that happen?

The lady was trying to escape when she encountered the python.

Did you see the python swallowing the lady?

Did you recognise the language spoken by your abductors?

They spoke Fulani and Kanuri but a little Hausa.

Do you intend to return to Maiduguri?

I do not know for now.

Man Shares Epic Photo How He Punished His Two Sons Who Are Always Fighting Each...