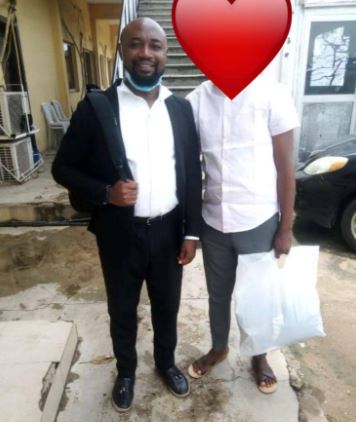 A Nigerian man was released from Ikoyi prison in Lagos state today September 24 after spending 7 years in there for a crime he knew nothing about.

Lawyer and writer, Malachy Odo, who facilitated his released, recounted how he got involved in helping the man secure his freedom.

”7 years in Ikoyi Prisons. Raided at Oworonshoki and roped into a crime he knew nothing about. His brother-in-law reached out to us here late last year & God sealed his release today.’‘ Odo tweeted. 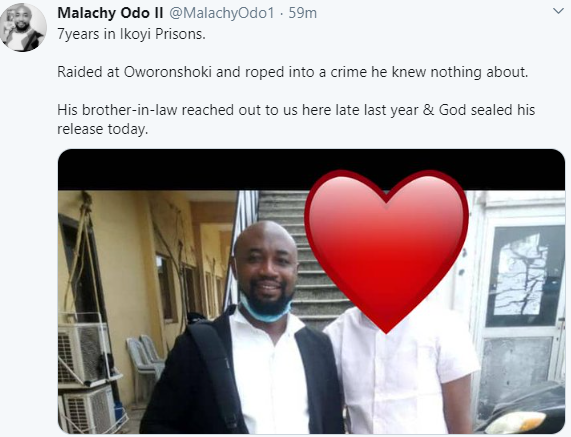