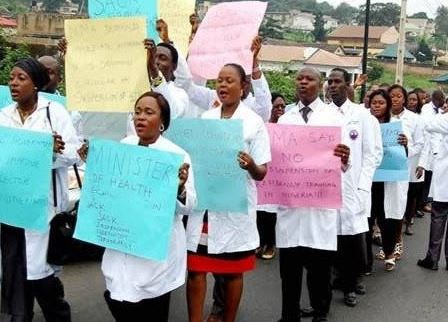 Doctors in the country have given the federal government conditions to meet before they can go back on the planned strike as the 60-day ultimatum by the National Association of Resident Doctors (NARD), to press home its demands, expires today, March 31, 2021.

The doctors have scheduled a nationwide strike to begin tomorrow, April 1.

The doctors listed four demands that must be met by the Federal Government to shelve their planned action.

The conditions listed by the doctors are: full payment of salaries of all House Officers and Residents on the GIFMIS platform; upward review of hazard allowance from N5, 000 to 50 per cent of consolidated basic salaries of all health workers and the immediate payment of 2019, balance of 2020 and 2021 Medical Residency Training Funds (MRTF).

The doctors also demanded the issuance of vouchers to the families and loved ones of doctors who lost their lives in service, especially those on the frontline of the battle against the COVID-19 pandemic and other infectious diseases, according to The Nation.

Okhuaihesuyi said the listed conditions “are considered prime among other demands.”

Confirming the moves by stakeholders to avert the strike, he said: “I was called by the Minister of Labour, Chris Ngige, and we will have a meeting with him tomorrow (today) by 3pm. I was in a meeting with the House of Representatives Committee on Healthcare Chairman Tanko Sununu on Monday.

“We will also have a meeting with the Senate Committee on Health Wednesday by 11am. We look forward to seeing them and we are hopeful that we can get some of our demands.”
The Labour and Employment minister also confirmed the meeting with NARD’s leadership at his ministry’s Conference Room.