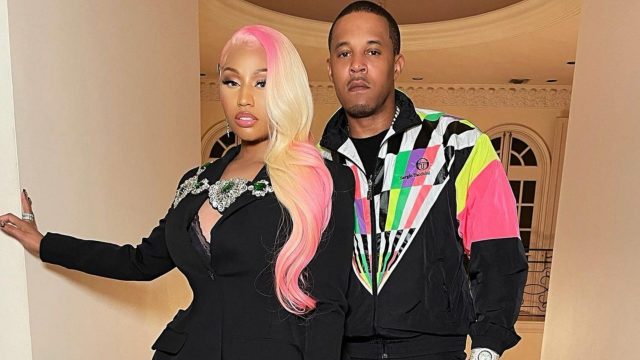 Jennifer Hough, Petty’s victim, has filed a new complaint against Nicki Minaj and her husband, Kenneth Petty, for claimed recent harassment and intimidation.

Hough cited Minaj’s widely repeated claim that Petty was “wrongly accused” in the 1994 incident, as well as Minaj’s false claims that Hough took back her allegation, in a case filed in New York on August 13. Petty had been convicted of first-degree attempted rape at the time, and had been sentenced to almost four years in jail and required to register as a sex offender, according to The Vulture.

In addition to Nicki Minaj  ‘s accusations, Hough’s complaint says that Minaj attempted to contact her in March 2020, shortly after Petty was arrested for failing to register as a sex offender in California, in order to get Hough to retract her accusation against Petty.

The lawsuit claims that after she told Minaj she wouldn’t recant her claim, she received “an onslaught of harassing calls and unsolicited visits,” and that Minaj eventually sent people to offer a $500,000 bribe to a family member, as Hough’s brother told her, in exchange for a statement from Hough retracting the accusation.

Later, Minaj is said to have dispatched the friend who gave her Hough’s contact information to Hough’s residence to offer her $20,000 in cash in return for signing a paper renouncing the rape claim.

As part of the bribe, the buddy allegedly gave Hough’s kid a birthday video from Minaj. Hough claims she relocated many times in 2020 to avoid Minaj’s alleged harassment, and as a result, she has been unable to work since May 2020.

Hough is also suing Petty for sexual assault in connection with the events in 1994. Meanwhile, Petty has pleaded guilty to failing to register as a sex offender in order to escape the maximum ten-year term.

However, as late as May, Nicki Minaj  continued to throw doubt on Hough’s accusation, singing on her new song “Fractions,” “Accusations on them blogs and they all fictitious.”

Nicki Minaj Bill People $500,000 For Verses But She Did Mine For Free’- Davido Celebrates

Nicki Minaj’s husband, Kenneth Petty arrested for failing to register as a sex offender in California

Nicki Minaj’s husband, Kenneth Petty arrested for failing to register as a sex offender in...