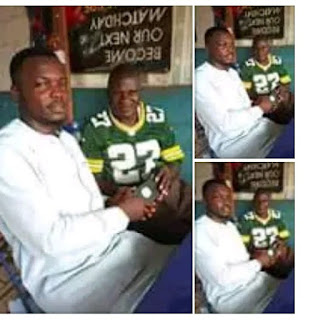 *Good Nigerian still exist
*Ogbe Collins deserves award
Gistnaij gathered that ” One Mr Ogbe Collins, a patriotic Nigerian returned infinix hot 5 phone worth about #45 , 000 which he saw at PTI Junction, on his way to a
Abraka.

The story
Precisely On Wednesday 25th October on my way to school at The Very Busy PTI Junction I saw An Infinix Hot 5 on the ground after the heavy rain that fell in Warri that day.
I was shocked since it was and Agbero area but with the encouragement of my Cousin
Enamerherhe Justice I picked the phone up sadly it was switched off.
Later in the evening while I was relaxing at opposite the bank I Charged the Phone waiting for a call from the owner, non came till about 10:30pm where the wife called, I said madam you husband lost his phone kindly come to Abraka and collect your phone.
Believe me you on Thursday no call entered the phone I was so angry, though I had dangerous thought security wise. But I kept waiting till about 10:30am this morning while I was on live video on Facebook I angrily called the wife MADAM YOU NO WANT COLLECT THE PHONE?
Not more than an hour the Husband Mr Sunday Omale Came to Abraka to pick up the phone, he actually told me he gave up on ever getting the phone back cause he lost it in Agbero ground.
I am very happy I had the grace to return the phone am indeed grateful to God for his grace upon my life.

N2bn fraud: Maina Can not been sack