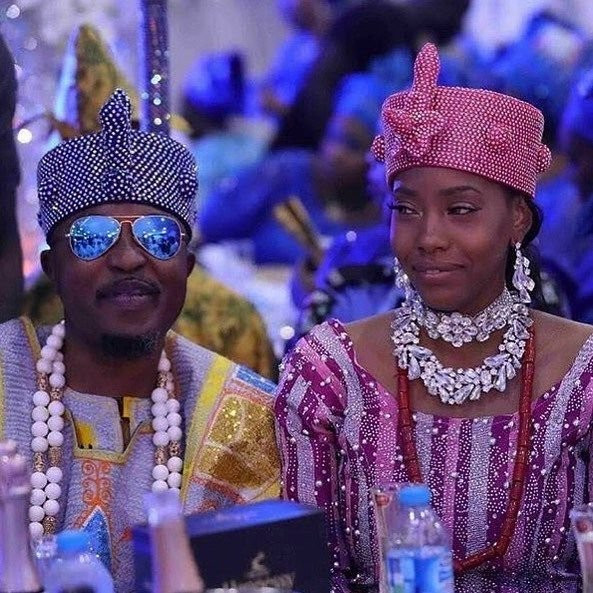 Controversial monarch, the Oluwo Of Iwo, Oba Abdulrasheed Akanbi has announced the end of his marriage to Queen Chanel Chin.

In an official statement released on all his social media accounts this evening, the monarch wrote, ‘Ms Chanel Chin is an Ex-Queen of Oluwo’.

This is to inform the general public most especially friends and associates of the Oluwo of Iwoland, His Imperial Majesty, Oba (Dr.) Abdulrosheed Adewale Akanbi, Telu I, that Ms Chanel Chin is an ex-queen of his majesty.

This information is necessary for the attention of the general public to avoid representation on proxy or accordance of respect attached to the sacred stool of Oluwo to her.

For personal irreconcilable differences, Chanel Chin ceased to be his Majesty’s queen. We equally enjoin the public to disregard any business transaction or request with her using the office of his majesty.

We wish her the best in her new journey.
Alli Ibraheem, CPS to Oluwo

Queen Chanel Chin was born in Canada to a Jamaican dad and Canadian mum. She’s the first wife of Emperor Telu and together they have a son who was born in 2016.