The Ministry of Interior has debunked claims and allegations levelled against it that it has compiled a ”No Fly” list of promoters of the #EndSARS campaign,
by releasing an official statement.

A news platform, Peoples Gazzette, had published a report on Tuesday, November 3, claiming the Ministry is compiling a ”No-fly” list of #EndSARS protesters. The Ministry via its Twitter handle immediately denied the allegation.

The Ministry has released an official statement denying the allegation in its entirety and stating it has not and will not be compiling such a list.

The Ministry has asked the news platform which published the story to immediately do a retraction or face legal action. 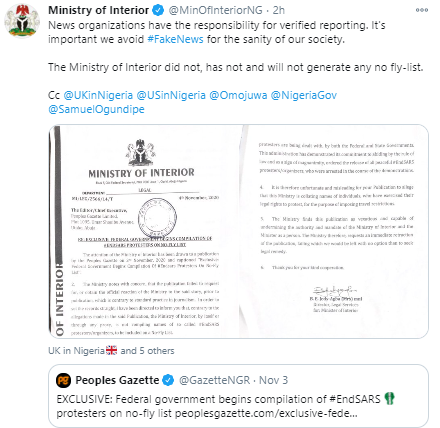 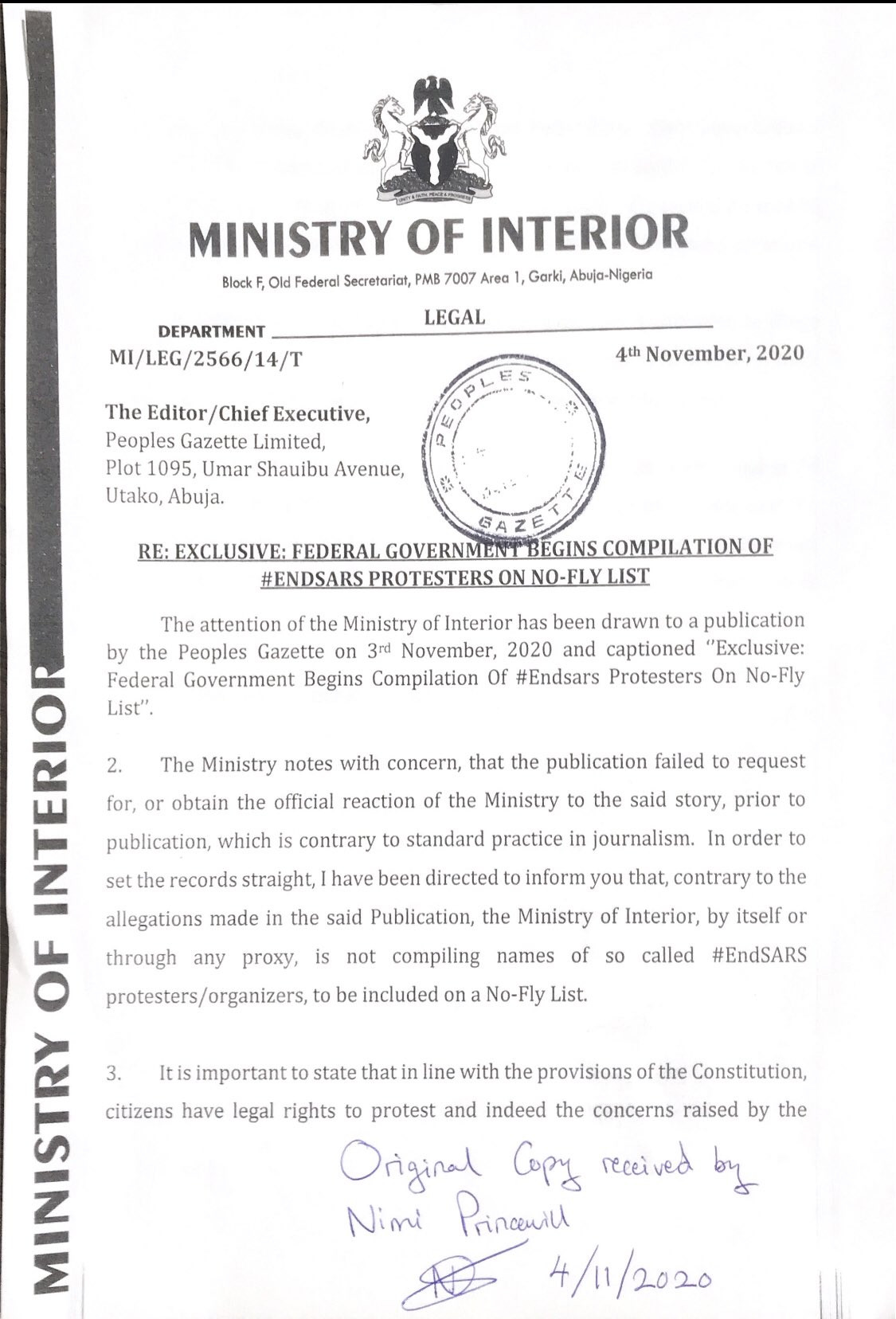