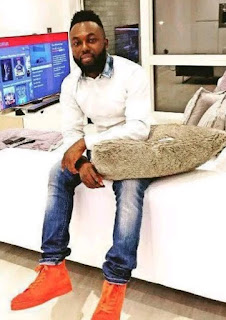 A Nigerian man, Mayowa Ogunbayo has been found dead in a London flat after being stabbed in the chest.
The 29 year old entertainer and friend of footballer, Mario Balotelli was discovered by paramedics inside his flat in Park Royal, West London and was pronounced dead at the scene.
According to Sun Uk, a post-mortem exam found that he died from a stab wound to the heart.

N2bn fraud: Maina Can not been sack

What a Great loss: Tinubu Son is Dead