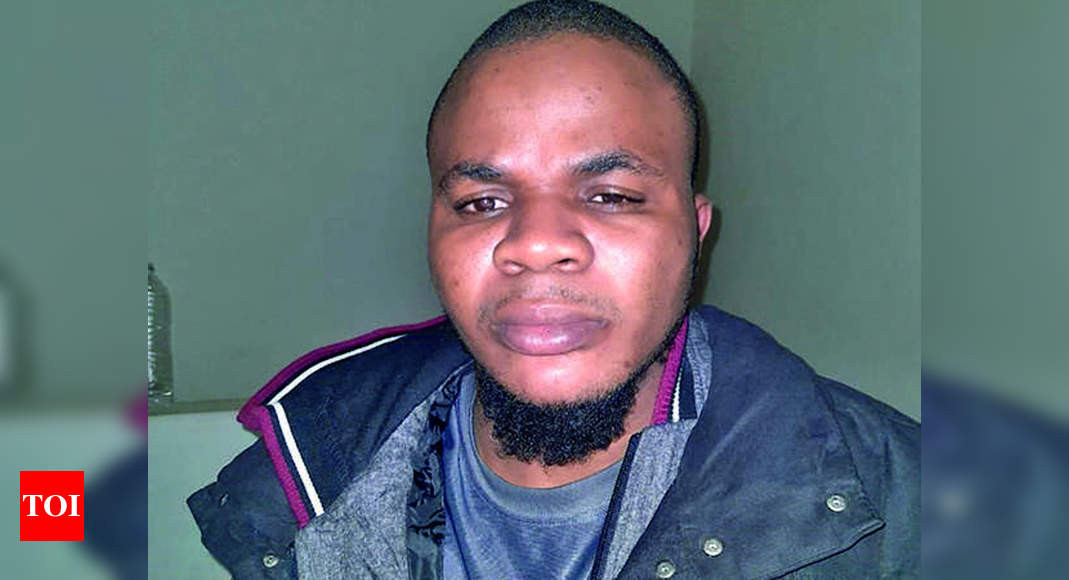 A young Nigerian man who is just 25 years old has been nabbed in India for fraud.

The Nigerian has been arrested in India for allegedly duping women after befriending them on matrimonial sites, police said on Sunday, November 29.

The accused identified as Bright was arrested from Delhi by operatives of Whitefield CEN police division in Bengaluru on November 23 following a complaint filed by a 34-year-old woman.

Investigation revealed that Bright and his associates created several fake profiles on matrimonial websites, befriended women, cheated them of thousands of rupees under the pretext of giving them gifts or citing emergencies.

According to Whitefield CEN police, the accused who lives in Delhi with his wife, Devain met the woman on a matrimonial portal where he claimed to be Swain Rajkishore, a civil contractor and engineer.

He expressed interest in marrying Vidhushee, who signed up with the website in September and had no clue she would fall prey to an online scam.

Rajkishore told Vidhushee he had to visit Malaysia for a project. He sought financial help from her, claiming his money was stuck in a Scotland bank due to security reasons. Believing him, she transferred around Rs 25 lakh to him via multiple transactions between October 13 and October 16.

Later, he stopped replying to her messages and attending her calls. Realising she had been duped, Vidhushee approached police. A police team from Bengaluru visited Delhi and raided Brieght’s flat. Subsequently, they found it was a bigger scam.

“It was a six-member gang which was operating by creating fake accounts on matrimonial websites and siphoning off money from victims. Brieght’s wife Devain had also created an account to cheat men. When we went to nab Brieght, we found all the other gang members had escaped.” said Guruprasad G, inspector at Whitefield CEN police station.

“Bright had at least 38 bank accounts in India and 28 abroad where the money were diverted. We suspect the gang members siphoned off Rs 10 crore from people they met on matrimonial sites,” Guruprasad added.

“On examining their laptops, we came across many photos of men and women on such websites,” he said.

Police have taken Bright into custody for five days. He and his associates didn’t have valid visas and passports.