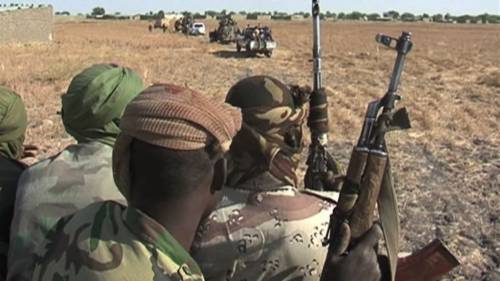 PAY ATTENTION : Soldiers Cry Out After Boko Haram Attack Their Base: They Are Using Us To Make Money

An unknown number of soldiers are believed to have been killed in an attack on a military outpost in Marina, Safana Local Government Area of Katsina State, according to a report by Daily Trust.

According to eyewitnesses, the attack occurred around 1 p.m. on Thursday.

Although the number of casualties on either side is unknown, it is believed that some soldiers were killed.

The soldiers were said to be on their way back from a mission.